No Desal! Rally and Meeting 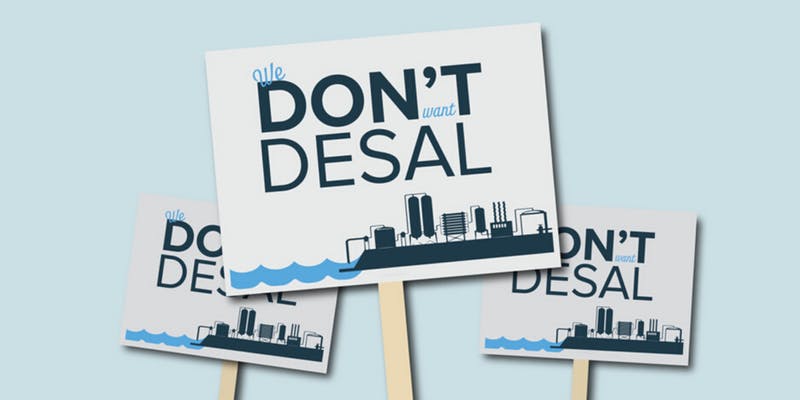 Join us for a rally and public meeting, as we oppose West Basin’s ocean desalination plant.

Ocean desal is the MOST expensive, MOST energy intensive, and MOST environmentally harmful way to get local water. West Basin, a water wholesaler servicing 17 cities in LA County, has proposed an ocean desalination facility in El Segundo that will produce 20 million gallons-per-day (and up to 60 million gallons-per-day if they pursue their regional project). They have released their Final Environmental Impact Report for the project, and soon will vote whether to certify and approve the project moving forward.

Ocean desal should only be a last resort for our region. It is a wasteful, harmful and unnecessary option for increasing LA’s local water supply. Desalinated ocean water costs twice as much as a gallon of imported water and up to three times as much as stormwater. Plus, we have so many other local water options that are more environmentally friendly — like stormwater capture, wastewater recycling, and conservation.

Join us on Monday, November 18 for a rally before the Special Board of Directors meeting slated to start at 3pm. This is our LAST CHANCE to put pressure on the Board of Directors, the publicly elected officials who ultimately make the decision regarding this expensive and energy-intensive project.

Let’s come together as we protect our community and our environment. We hope to see you there! 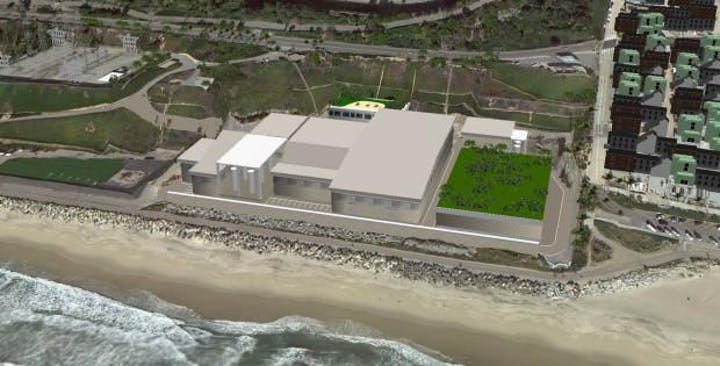 Want to quickly register for an event you see listed on our calendar? Hop over to Eventbrite and complete your registration. Please note, only events that require registration are listed on Eventbrite.

Interested in doing a private beach cleanup? Check out our Suits on the Sand and Adopt-A-Beach experiences.

Wanna roll up your sleeves and become a Heal the Bay Volunteer? We have five distinct volunteer programs that we offer. Each program has a specific training associated with it, as well as its own volunteer roles. Aquarium – Aquarium volunteers work at our Santa Monica Pier Aquarium. They support various public programs from interpreting at touch tanks to ensuring the success of private events. They also attend outreach events and represent Heal the Bay all over Los Angeles. Beach – Beach Captain volunteers support our large Nothin’ But Sand beach cleanups that occur every third Saturday of the month. They are also involved in other beach programs like Suits on the Sand, and have the opportunity to attend Coastal Cleanup Day Site Captain training. Outreach – These volunteers take Heal the Bay knowledge all over Los Angeles. Speakers Bureau volunteers present in classrooms, in business meetings, at beach cleanups, festivals and more. Community Science – MPA Watch Volunteers survey marine protected areas (MPAs) in Malibu and Palos Verdes. They monitor, collect data, and get to walk along some of California’s most stunning beaches. Youth – Middle and high school students register their school club with Club Heal the Bay to be part of a larger environmental advocacy community. In return, clubs receive recognition and rewards for their civic action projects. To get started as a Heal the Bay volunteer, attend a Volunteer Orientation.

Looking for more information on Corporate and Foundation Giving? Amazing. We rely on support from grants, sponsorships and partnerships to pursue our mission. Learn more about ways to give.