Feb. 28, 2016 — At approximately 10:30 a.m. on Tuesday, Feb. 23, Gordon Honda, a Santa Monica Pier Aquarium volunteer for 16 years, hit a milestone no other volunteer at the Aquarium has ever attained.

He reached his 5,000th hour of volunteering!

He was celebrated with cupcakes and a round of “For He’s a Jolly Good Fellow” by the staff. “Gordon has given so many hours of his time over 16 years that we have to continue to create new volunteer awards just to keep up,” said programs manager Jenna Segal.  Based on hours logged, Aquarium volunteers earn marine-themed pins to add to their nametags. Gordon’s nametag is weighted down with so much hardware you’d think he was a five star general; his 5,000th hour was commemorated with a bright orange Garibaldi pin to add to collection. This feisty fish is the California State Marine Fish, and its significance represents how important Gordon is to the Aquarium team. “Gordon represents everything we look for in a volunteer, and brings joy to our visitors every week,” Jenna said.

When Gordon was honored with Heal the Bay’s Jean Howell award in 2013, the staff compared him to a Swiss army knife: all-purpose, always dependable, always ready to take up any task. 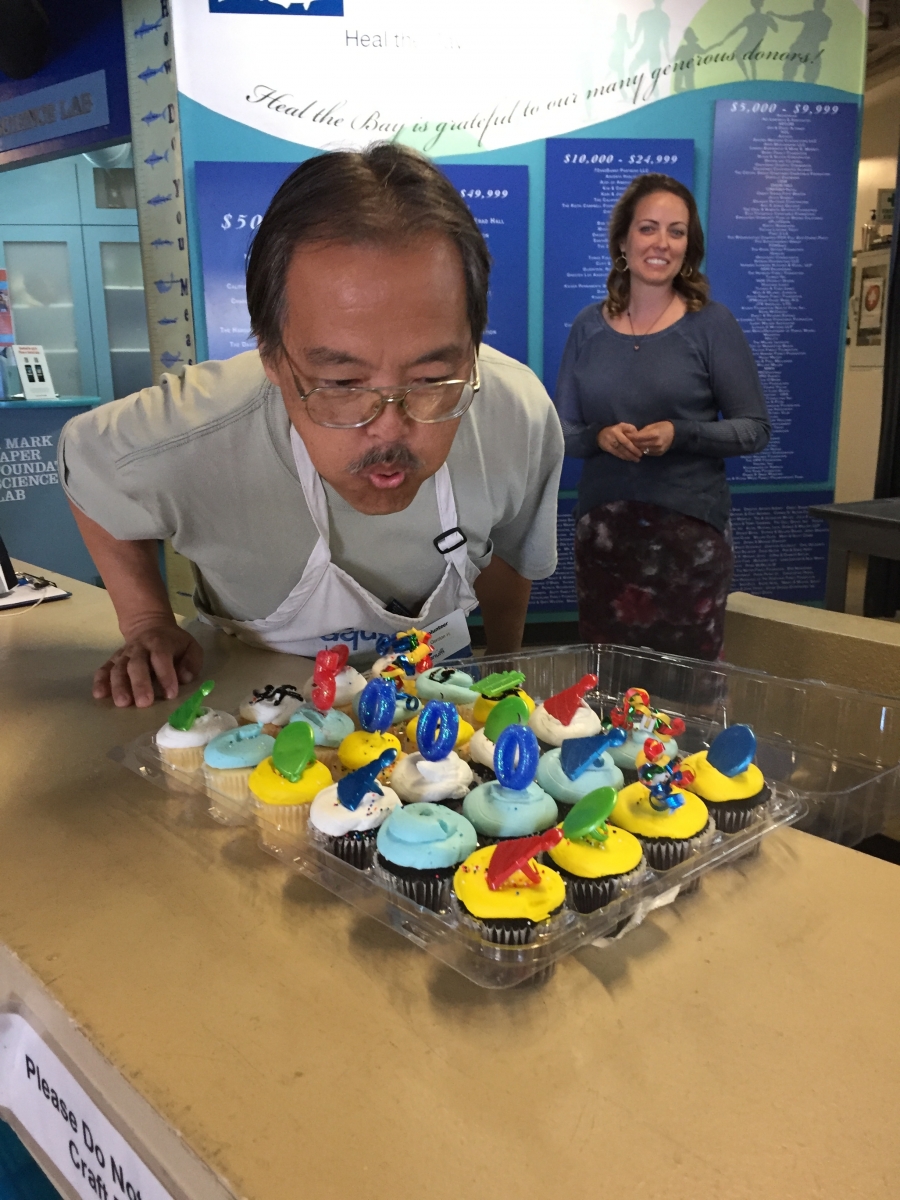 Wanna be like Gordon? Submit an Aquarium volunteer application here.

Making the Case for ‘Living Streets’ in Los Angeles →