Heal the Bay welcomed Dr. Shelley Luce as its new president and CEO this week. Shelley joins us from the influential Environment Now Foundation, where she led several statewide campaigns to improve water quality and protect forest lands. But she began her advocacy career at Heal the Bay, and was promoted to science and policy director in 2004. (You can read more about her background here.)

With a Ph.D. in Environmental Science, Shelley can talk the acronym talk as well as walk the walk. But she’s as humble, funny and down-to-earth as they come. She’s also a working mom, raising two daughters with her husband in Baldwin Hills.

In a recent conversation with Communications Director Matthew King, Shelley shared her vision for Heal the Bay – and what’s on heavy rotation on her iPod. 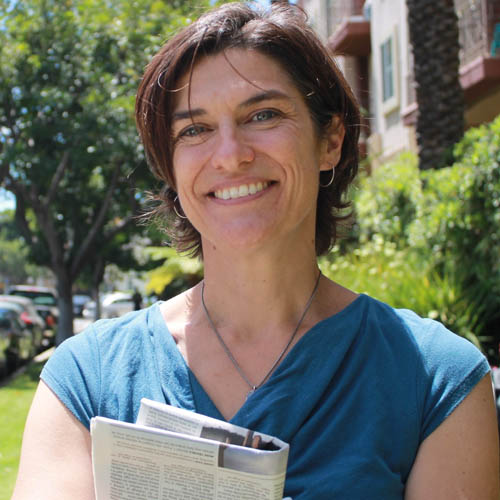 What is your favorite memory of the sea or the beach?

Sitting on my surfboard and being startled, and then thrilled, and then mesmerized by a whale surfacing just a few feet away from me in Santa Monica Bay.

What’s a common misconception about scientists?

That we are not emotional. I think most people don’t know that scientists are full of wonder, and overcome by our admiration for this huge planet in all its beauty. Just because I like to learn the scientific names of those sea creatures doesn’t mean I don’t also marvel at them.

You were born in Canada. What’s unique about the Canadian sensibility?

I am proud of the values I learned growing up in Canada. Canadians seem to appreciate the global community, and that we need to take care of the water and air that we all share. There is a sense that it’s okay to give a bit more than you get sometimes, if it means that everyone can be better off. I like that.

What do you think the biggest threat to the Bay is right now?

I am concerned about the federal administration undermining the work of Heal the Bay and others by rolling back the laws that protect our clean water. We need a strong EPA to ensure the health of our kids and future generations. Heal the Bay will never stop fighting for that, but it will get harder if this administration stays on the track it has started on.

What is the most important thing that the average person can do to combat it?

We all need to get informed, at least a little bit. Join a group like Heal the Bay and learn where our water comes from and where it goes. Explore our beaches and rivers and remember why we fight to protect them. Then call our elected officials and demand they vote the right way and stand up to anyone who threatens the things we love. And support environmental groups who are fighting this fight for all of us, every day.

What does Heal the Bay mean to greater L.A.? What’s our role?

Heal the Bay is a symbol, an inspiration, a source of hope and a leader of movements. People trust us to fight for them, because we stand up for what’s right and we won’t back down. 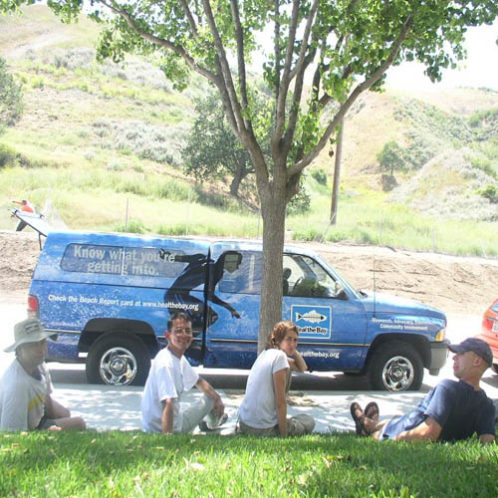 Shelley Luce relaxing with the Stream Team in the Santa Monica Mountains, circa 2004

Yes, we all need to adapt and face new challenges. Heal the Bay is always evolving. We started with a laser focus on wastewater discharge to the Bay. We didn’t have an aquarium and we didn’t work all the way up in the watersheds. When I served as a staff scientist at Heal the Bay in the early 2000s, we enacted the first trash policy for the LA. River. So we have taken on new challenges many times. Now, we face climate change, rising sea levels, an urgent need to change how we capture and use water, and a federal government that is hostile to environmental protection. We have to rise to meet these new challenges.

What would you tell a 20-year-old who is pessimistic about society’s ability to make meaningful change?

Hey, meaningful change is happening every single day, all around you. We stopped discharging dirty wastewater, we restored coastal wetlands that were former dumping sites, we banned plastic bags, TWICE. People are protesting the federal government’s appointments, their cuts to the EPA, and their threats to roll back environmental laws. People are coming together to ban Styrofoam, save endangered species, restore the L.A. River. You have to join the movement. That’s the only way it happens.

After your first year on the job, what would success look like to you? What’s top of your agenda?

One year in, I’d like to see Heal the Bay partnering with more communities to create greener, safer neighborhoods, and partnering with other organizations to support funding for green infrastructure, and ensuring everyone benefits from clean water in LA. I’d also like to be charting a path for Heal the Bay’s outstanding Santa Monica Pier Aquarium that takes it to the next level of engaging people’s hearts and minds with the ocean.

Why did taking this job appeal to you?

I’ve always worked for clean water, for our natural environment, and for people who rely on it. When I see something that’s not right I want to change it. I know Heal the Bay fights for what’s right and I want to be part of that fight.

Sometimes nonprofits succumb to competing rather than collaborating. It’s natural because of the funding world we live in, but it’s so unfortunate. All these smart, hardworking people should be free to put their heads together and combine their power and multiply their impact. I know we can do better at that.

What book is on your nightstand table? What’s your #1 most played song on your iPod?

“Bossypants” by Tina Fey is on my nightstand, along with something about how to be a better parent I’m sure. The #1 song on my player right now is something from Beyonce’s latest album, I can’t stop playing it. And coming in a close second is “Snacktime” by the Barenaked Ladies, because my kids and I love to sing along to that one.

Are you a lover or a fighter?

I am a very loving fighter. 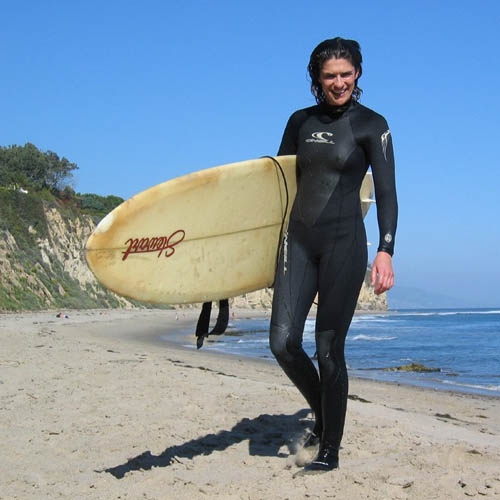 “Bring Back the Beach” Brings It to Santa Monica Pier →

Get our monthly Blue Newsletter to find out where our next big cleanup will be and what actions you can take to protect the Bay: