We did it, L.A.! More than 11,000 Angelenos removed 24,000 pounds of trash today, September 21, for Coastal Cleanup Day, the largest volunteer day on the planet.

That amount doesn’t even include the bulky items that the city of Los Angeles will collect, weigh and report!

This year’s unsolved mystery is the origin of the five clay statues of the Hindu god Ganesha (pictured above) found throughout California, including a pair found near the Malibu Pier at Surfrider beach.

A “No Swimming, Polluted Water” sign discovered underwater by SCUBA divers at Surfrider is the most ironic found item. The grossest item is a urine sample cup at Will Rogers Beach, while glow-in-the dark vampire teeth found in the Ballona Wetlands is the most Halloween-y.

Volunteers also found a chaise lounge at Cabrillo State Beach in San Pedro that would no doubt go great with the 120 pounds of carpeting found at Dockweiler Beach.

See more images from today’s cleanup and join us for the next Nothin’ But Sand cleanup of Venice Beach on Oct. 19. 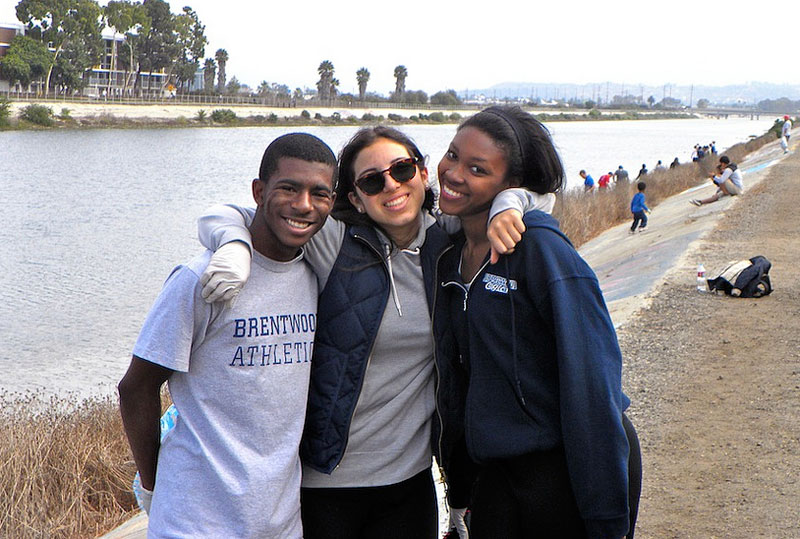 Volunteers protect the waterways of the Ballona Wetlands for the 2013 Coastal Cleanup Day.