With the one-year anniversary of the establishment of California’s statewide network of Marine Protected Areas (MPAs) coming up on Dec. 19, we wanted to highlight some of the recent coastal use trends we’re seeing in Los Angeles MPAs, with data collected through Heal the Bay’s MPA Watch volunteer scientist program.

Through MPA Watch, Heal the Bay is assessing how people actually use L.A.’s underwater parks. Are they kayaking, wildlife watching, and enjoying the beaches along the MPAs? Do we see any evidence of non-compliance, which may indicate a need for more education, outreach, and signage? Are there any trends since the MPAs became effective in January 2012?

Volunteers participating in Heal the Bay’s MPA Watch program are trained to observe and collect human use data on coastal and marine resource use in and outside of MPAs along the Palos Verdes and Malibu coast. Since 2011, Heal the Bay’s MPA Watch volunteers have completed over 1,500 surveys. Our staff marine scientists recently put together an annual data report to share our findings.

Fishing activity in Los Angeles’ underwater parks appears to have declined in 2013. Perhaps this is a result of the MPA signage installed in Malibu and Palos Verdes early in the year, enforcement presence, or from increased awareness and education efforts in the community. Whatever the cause, we feel heartened by this trend. Non-compliant shore-based rod/reel fishing dropped dramatically at the start of MPA implementation (2012) from survey observations in Malibu, averaging four individuals at any given time, to a value close to zero in 2013.

More people are wildlife watching and tidepooling in Palos Verdes’ MPAs in 2013 than 2012. Based on our MPA Watch surveys from 2012-13, we’ve seen participation in both activities increase notably within MPAs, while remaining relatively flat outside of the MPAs. The average number of people engaged in viewing wildlife in Palos Verdes’ MPAs more than doubled from four to almost 10, while the average number of people observed tidepooling increased from two to 14. These trends suggest that the third goal of the Marine Life Protection Act, which calls for MPAs to “improve recreational, educational, and study opportunities provided by marine ecosystems,” is showing early signs of being met.

California residents are embracing MPAs and joining local efforts to monitor them. They are making a difference in ocean protection – and you can too! Help support Marine Protected Areas by joining Heal the Bay’s MPA Watch Program. This group of volunteers monitors the use of coastal and ocean MPAs, providing a priceless look at how people are using these new conservation areas.

Learn more about MPA Watch and join our upcoming trainings in February 2014. 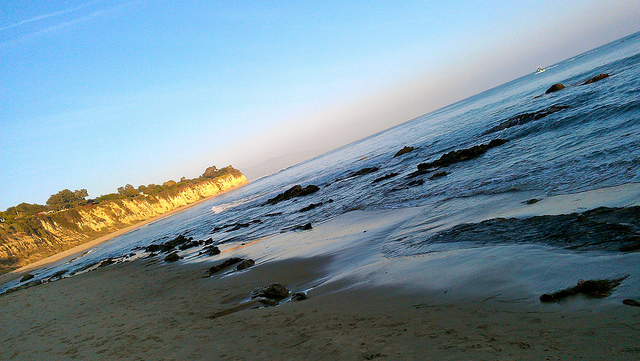 Picture yourself volunteering here: One of the Marine Protected Areas along the Southern California coast.

← Mystery of the 'Disappearing' Pesticides

Meet the Locals: The Lizard Fish →