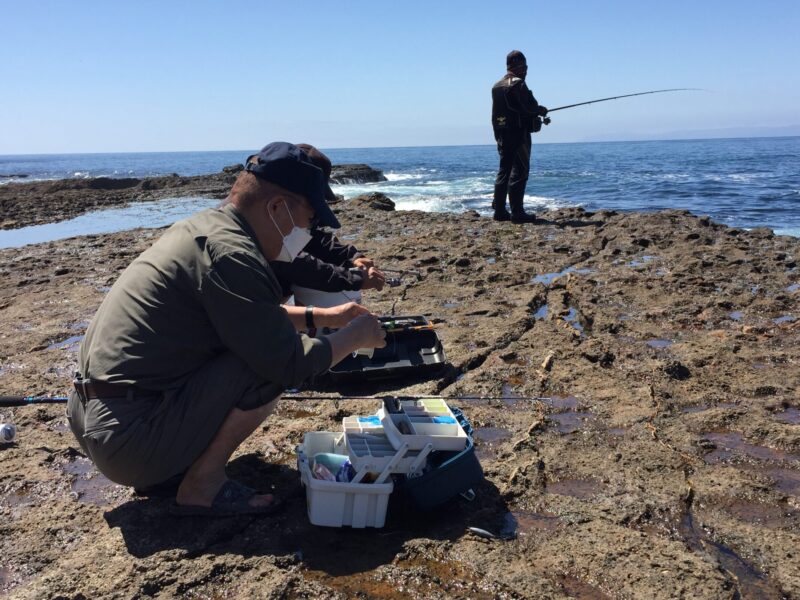 In the far southwest of Los Angeles County is the Palos Verde Peninsula. This area is known for its ​​spectacular ocean views and high-priced mansions, but just offshore is an area of ​​highly contaminated sediment. The contaminated sediment lies in the Pacific Ocean at depths of 150 ft. or greater, too deep for human contact. However, the fish found in the Palos Verdes Shelf area contain high concentrations of DDT and PCBs and continue to pose a threat to human health and the natural environment. 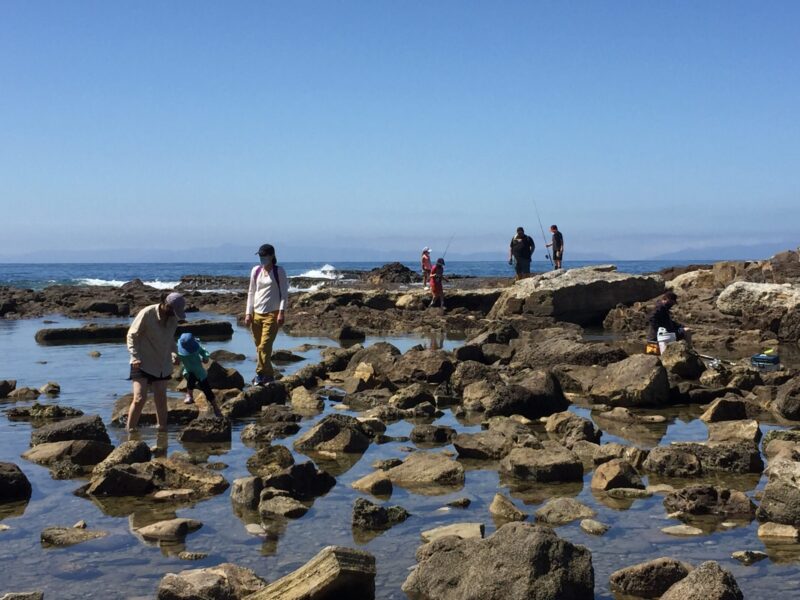 On a recent visit to Royal Palms, an intertidal zone on the Palos Verde Peninsula, I had the opportunity to observe and talk with recreational and subsistence anglers. The coronavirus pandemic seems to have increased the number of these anglers and harvesters, perhaps as they look for an alternative food source for their families, alternative revenue during difficult financial times, or just a recreational escape.

Fishing and collecting are legal in certain areas as long a fishing license is in possession and regulations are respected. Unfortunately, there have also been recent reports of people not following the regulations, such as not having a license, taking above legal bag limits, taking species that are off-limits, or collecting and harvesting in Marine Protected Areas (MPAs), which are off-limits for this type of activity. While a few of the anglers I spoke with had licenses, knew the rules, and knew which species and how many or the sizes they could take, this doesn’t seem to be the case across the board.

When healthy, this intertidal zone displays an abundance of life, including mussels, snails, sea urchins, anemones, and fish such as garibaldi, perch, and señoritas. On this particular day, there were groups of families with children enjoying the variety of organisms that can be found in these areas. There were also several anglers who, when asked if they were aware that there are certain fish that people should not eat, they replied no, and that they were there to fish and take home whatever they caught.

Despite concerted efforts from the California Department of Fish & Wildlife and local organizations like Heal the Bay, LA Waterkeeper, and USC Sea Grant, there still seems to be a hurdle in getting information to these anglers, many of whom are people of color or for whom English seems to be their second language. Communities of color tend to be the most impacted by pollution as well as the health impacts of COVID-19. During my time there I shared information with the anglers on which fish are safe to eat and which are not. 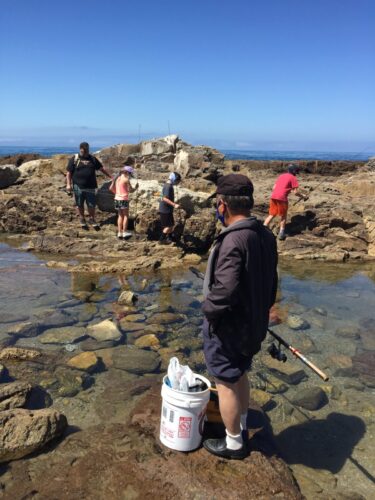 So, What Fish Are Safe?

What fish are safe to eat depends on the area your fish is coming from. Fishing areas in the red zone, (meaning higher levels of contamination) include Santa Monica beach south of Santa Monica Pier to Seal Beach Pier in Orange County including the Palos Verde Peninsula. Some fishing areas in the yellow zone include the piers in Ventura, Malibu, Huntington Beach and San Mateo Point. Heal the Bay’s Angler Outreach Program has educated thousands of pier anglers about fish contamination in Southern California and I was able to have the opportunity to educate shoreline anglers on the Palos Verdes Peninsula during this pandemic as well.

The Angler Outreach Program has specifically targeted pier anglers for education because piers concentrate the most pollution-vulnerable anglers, namely subsistence anglers given that fishing licenses are not required for pier fishing. However, with the pandemic forcing the closure of piers, with people looking to stay physically distanced and away from re-opened piers, and economic hardship, we may need to re-think our outreach to make sure we are keeping Angelenos healthy and well-informed about contaminated fish.