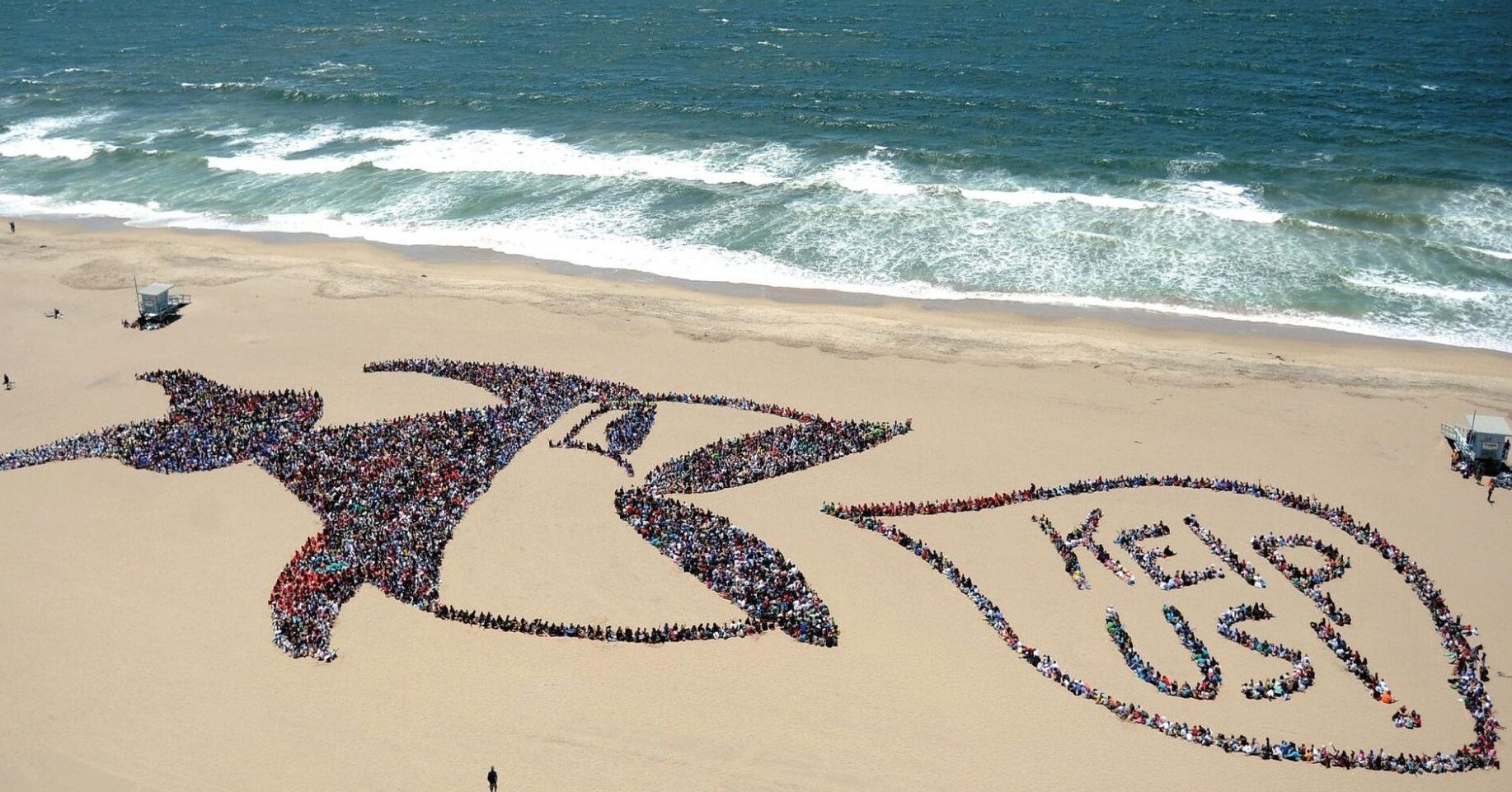 California is on the cusp of passing a transformative bill to reduce plastic pollution, and we need your help to get there.

In February of this year, a small group of California State Senators and Assemblymembers came together and introduced a pair of bills to address plastic pollution. Known as the California Circular Economy and Plastic Pollution Reduction Act, Senate Bill 54 (SB 54) and Assembly Bill 1080 (AB 1080), are poised to become transformative legislation in the global fight against plastic pollution.

California is currently in the midst of a waste crisis. With waste haulers no longer able to export recyclables to countries like China and India for disposal, our plastic trash is piling up, yet our throw-away lifestyle continues to grow. If we continue on with business as usual, we can expect to see a 40% increase in plastic production over the next decade, and more plastic than fish in our oceans by 2050.

Plastic pollution is infiltrating our environment and our communities, carrying with it harmful toxins and contributing to climate change. And the cost of cleaning it all up? That falls on taxpayers. In California, we spend $420 million annually on litter prevention and removal. The time for drastic action is now, and SB 54 and AB 1080 can get us there.

Heal the Bay has been closely tracking and supporting this legislation since it was introduced. At its core, the bills function similarly to the greenhouse gas emissions limit bill of 2006 (SB 32) by setting a reduction target for single-use plastic packaging and products of 75% by 2030. Check out our FAQ for the full break down of the legislative language. Since their introduction, the bills have been amended to include a top 10 list of priority single-use plastic products that will be covered first (to be determined from statewide beach cleanup data, like Heal the Bay’s) and a comprehensive compliance program to ensure producers are reaching their reduction goals.

If SB 54 and AB 1080 pass, California will be at the forefront of the global fight against plastic pollution, and Heal the Bay has been working tirelessly alongside our partners to make that happen. But, now we need your help. The bills will be voted on by September 13 (we don’t know the exact date) and if they pass, they go on to the Governor and need to be signed by him before October 13. 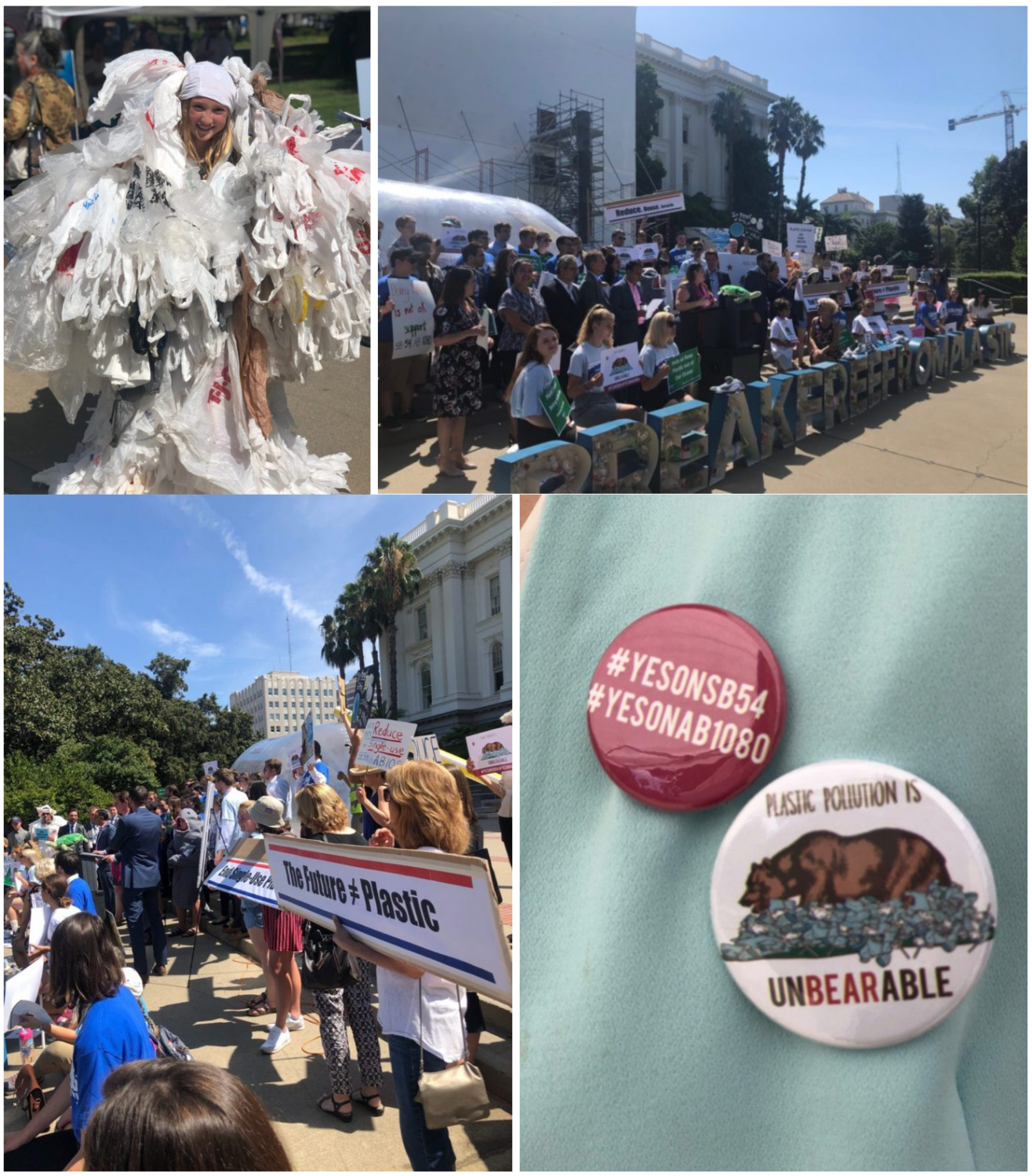 Heal the Bay joined a host of environmental organizations to rally at the California State Capitol in support of the California Circular Economy and Plastic Pollution Reduction Act (SB 54 & AB 1080) on August 21, 2019.

Our Senators and Assemblymembers need to hear from YOU now!

Please call your representative and tell them you support SB 54 and AB 1080. A call takes two minutes or less, and it makes a world of difference for our representatives to hear from their constituents.

Plastic pollution is no longer just an environmental problem, it is a financial issue and a public health concern. Right now we are in the midst of a recycling crisis, and California is unable to deal with mounting plastic waste.

Our communities and our environment need to be protected now. That’s why I’m urging you to support AB 1080 and SB 54 in addressing plastic pollution before it’s too late. Thank you.

← A Day in the Life of an Aquarist