9/30/2014 Update: Governor Brown has signed the California Senate approved SB 270, the bill to ban single-use plastic bags across the state, into law. California is the first state to have a state-wide law banning such bags. “We’re the first to ban these bags, and we won’t be the last,” wrote Brown.

Heal the Bay bagged a huge win late Friday night when the California Senate approved SB 270 — a ban on the distribution of single-use plastic shopping bags at major retailers throughout the state. Now we’re just waiting for the bill to make its way to Governor Brown’s desk for ratification. This would make us the first state in the nation to impose a statewide bag ban! Our office is celebrating this Labor Day weekend because we’ve been working hard on this issue for seven long years!

With 13 billion bags handed out each year in California, these “urban” tumbleweeds create mountains of waste, choke our waterways, and cost taxpayers millions of dollars to clean up.

To combat this madness, our science-and-policy team played the lead role in drafting and enacting bag bans in the city and county of Los Angeles. These earlier ordinances served as a model for the statewide bill and created momentum for its passage today. Our science and policy directors Kirsten James and Sarah Sikich also can take some satisfaction that those dozens of pre-dawn flights to Sacramento to work on behalf of the statewide ban have finally paid off.

Heal the Bay and our partners had to battle intense lobbying efforts from Big Plastic. We didn’t have as much money, but we prevailed thanks to your support.

Plastic bags serve as a “gateway” issue for us, getting people to think more sustainably in other areas of their life, whether it’s skipping plastic water bottles or refusing drinking straws.

Following this victory, Heal the Bay will pivot to a comprehensive statewide solution for trash control – a strong statewide trash policy that would compel all municipalities to meet strict numeric reductions in the amount of trash they send to our local rivers and ocean waterways.

This work is critical for a healthy L.A., but it isn’t sexy. And it’s not easy. It takes months of policy review, nuanced negotiation and constant vigilance. It also takes the political and financial support of ocean lovers like you.

If this work is important to you, please consider becoming a member of Heal the Bay today, or making a small donation to support our plastic pollution efforts.

Got bag ban concerns? Let us hopefully put some of them to rest with this myths-and-facts rundown. 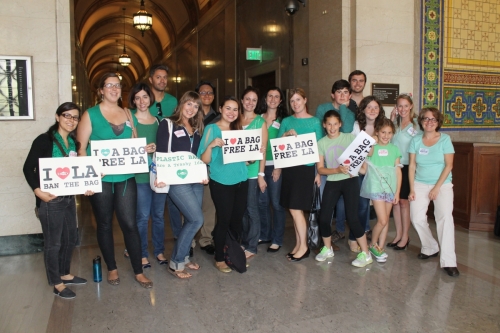 Heal the Bay led the charge to enact a ban in  L.A., spurring statewide action 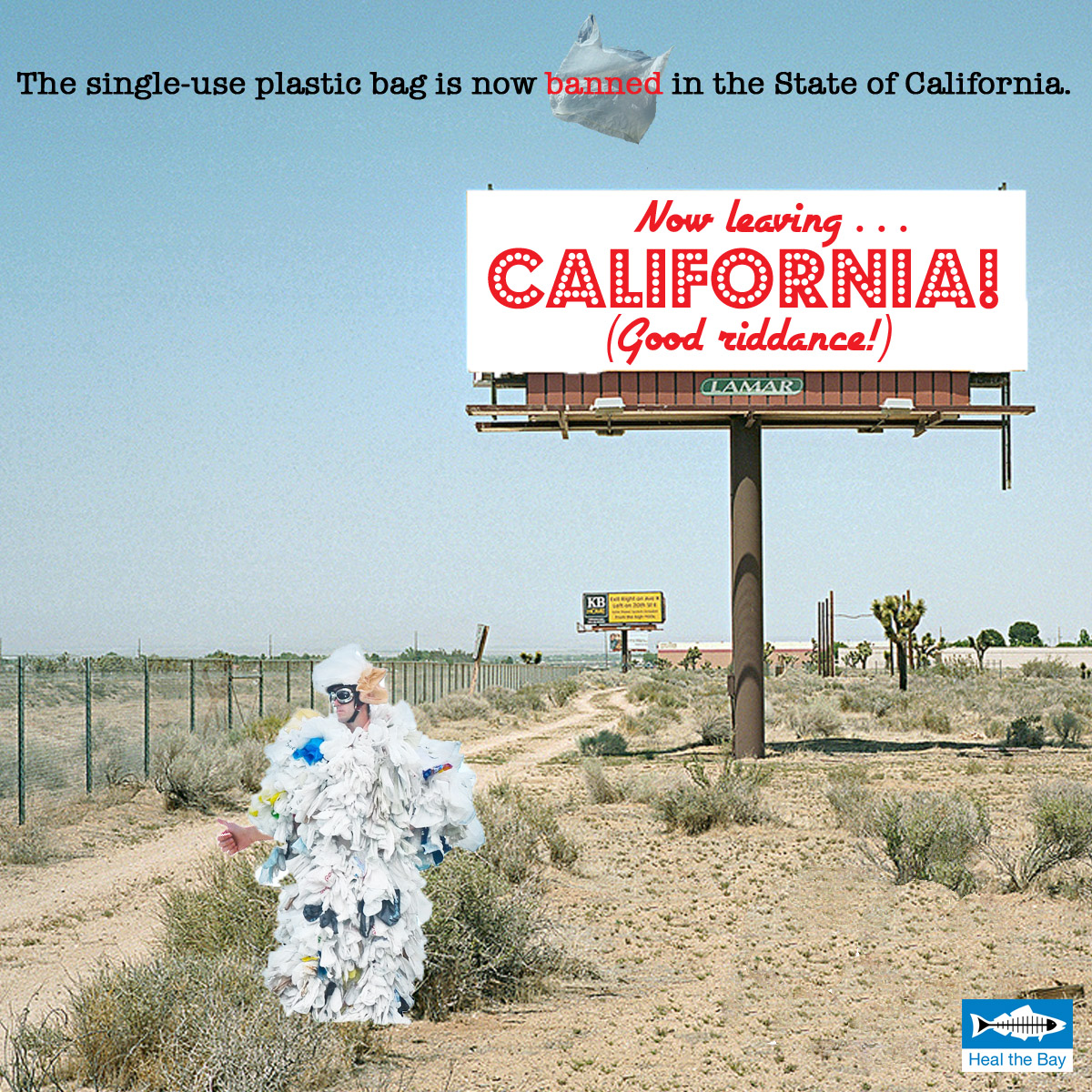 Poor Bag Monster. Where will he pollute next?

← No White Lie: She Loves Swimming With the Sharks