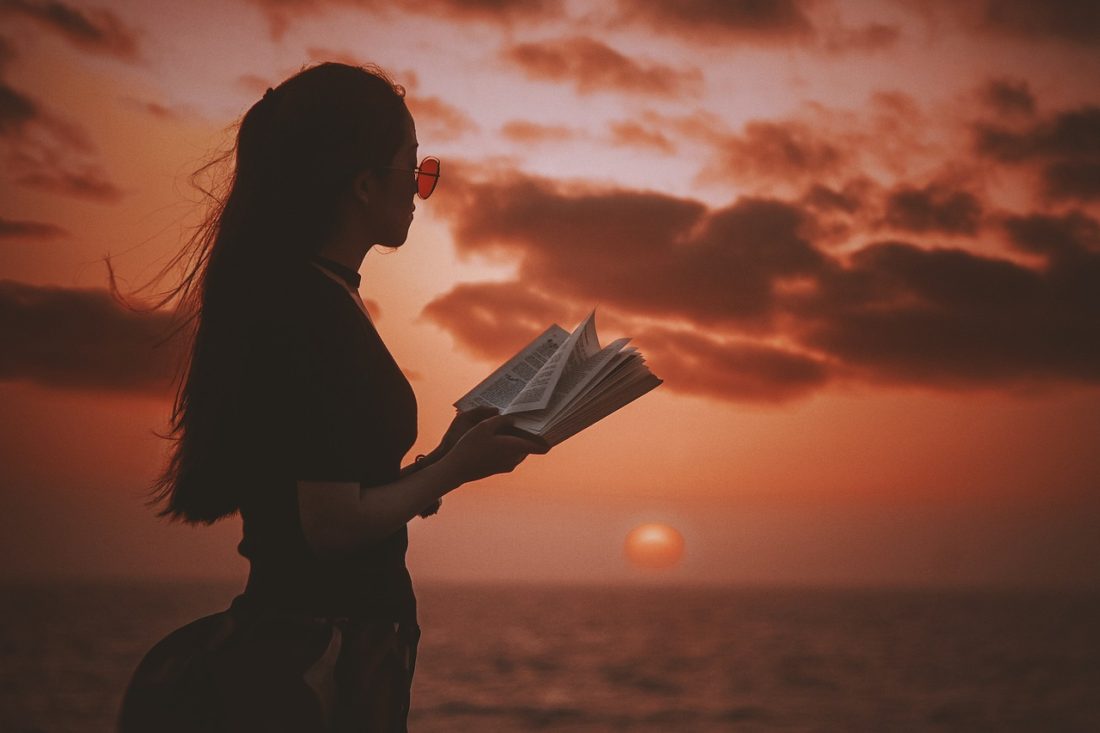 Looking for a good read this summer? Talia Walsh, Heal the Bay’s Associate Director of Communications, has a new book recommendation just for you!

Children’s doctor, immigrant and mom, Dr. Mona Hanna-Attisha captured national attention as the whistleblower for the Flint Water Crisis. In her new book titled, “What the Eyes Don’t See: A Story of Crisis, Resistance, and Hope in an American City”, she opens up about today’s public and environmental health issues reverberating in cities across America.

From the front lines of Flint, Michigan, Dr. Mona’s story inspires and challenges us to better understand adversity in our communities. She urges each one of us, who has had the privilege of realizing the American Dream, to pass it forward to the next generation.

Guess who is coming to L.A.? Clean-water hero and #FlintWaterCrisis whistleblower @MonaHannaA will be at @LAPublicLibrary next month! Don’t miss this critical conversation. ????https://t.co/CK8cfM20GA pic.twitter.com/CelYVnVcgK

Ahead of Dr. Mona’s visit to Los Angeles on July 11 at the ALOUD event, we caught up with her about the new book — a must-have on your summer reading list.

HTB: You’ve remained FOCUSED and you’ve kept our attention on the Flint Water Crisis. This is no easy feat in today’s 24/7 news cycle. How do you stay focused?

DR. MONA: The kids that I care for absolutely ground me every day. They remind me what this work is about. It’s easy to get angry, its easy to get jaded, it’s easy to point fingers. But, when your mission is protecting the future of children, that is what enables me to keep my focus, and to fight in a science-driven way for what is right for them.

DR. MONA: Flint is not an isolated story. There are the same crises happening in cities all across our nation. From issues with democracy and environmental injustice, to austerity, the breakdown of infrastructure and the neglect for children. The biggest takeaway lesson from Flint was that we opened our eyes and we said, this is not how it should be and we can make a change. You have the power and you have a role to stand up for your environment and our children.

Why is badly discolored water still pouring out of taps in Compton and WIllowbrook? #OurWaterLA https://t.co/y96Ww2wo33

HTB: Immigration is a big theme in your new book. As a child, you immigrated to this country from Iraq with your parents. What words of encouragement do you have for immigrant families facing adversity today?

DR. MONA: What’s happening in our nation today touches me on so many levels. As a pediatrician, it is disturbing. I know the consequences of trauma. From facing difficult situations to being separated from family to being discriminated against once in this country. Those traumas, from a medical and behavioral health perspective, impact children for their life-course trajectories.

I wrote this book, not only to share the lessons of Flint, not only to inspire folks to be active, to resist, and to work to better their communities. But, it was also the intent to share positive immigrant stories, especially of Arab-Americans, who we were going to ban from this country and who we only associate with war and terrorism.

As an immigrant, as a kid who came to this country when I was four… by and large, I was welcomed with open arms. I grew up very confident and competent. That is not happening right now. Ultimately, besides the native people, we are a nation of immigrants. If those doors were closed to me when I was four, you wonder what we are missing out on in this nation because of folks who no longer come here for that opportunity, for that freedom. So as an immigrant it’s also disturbing. And then, as a mom, as a parent, it’s heartbreaking, especially with the separations.

This book is a fast-paced story about what happened in Flint. It’s also a memoir.

To understand my role in this crisis, you have to understand where I came from and who I am… the lens through which I see the world. And [the topic of immigration] probably would not have been as big in this book, if it were not for the last election.

HTB: With all of this going on today in the U.S. and from your experience on a hyper-local level in Flint, is the AMERICAN DREAM still alive for you?

My kids in Flint — it’s like two Americas — they wake up to a nightmare.

Even before the water crisis, it has been a nightmare for kids in Flint and kids throughout our country who live with so many toxicities. Not only the toxicity of contaminated water, but the toxicity of poverty, violence, crumbling schools, discrimination, racism and all of the other adversities that impact them. In places like Flint, just like many others in this country, the zip code you are born in predicts your life-course trajectory. It is hard to change your situation in life when you have so much adversity piled up against you. [These kids] don’t have access to the American Dream like I did.

HTB: Do you think democracy can ever be restored in Flint, especially for the African-American community who were disproportionally impacted by the Flint Water Crisis?

DR. MONA: Flint is an extreme example where democracy was usurped. The city was under state-appointed emergency management. At one point in 2013, half of African-Americans in Michigan were under emergency management, as compared to 2% of Whites. Grossly undemocratic, no accountability, no role for elected officials. But, this is similar to other issues in this country in regards to lack of democracy. Look what’s happening with gerrymandering, voter disenfranchisement, mass incarceration. We are shifting populations and we are minimizing the voice of certain people.

Going back to Flint, the power of the local officials has been restored. The Mayor does have power back. But the city was starved for so long, it’s hard to be fully functioning when your capacity was so limited. You know, it will take a long time to be a functioning democracy.

HTB: When you started this journey in Flint, who were your LOCAL ALLIES to get things done?

DR. MONA: One of the reasons I did not want to write this book was that this story is NOT about me! This story is about a team. It took a team of folks — a random, diverse group of professionals that all came together for the same cause. It was moms, activists, pastors, local faith-based organizations, nonprofits, the ACLU, the EPA, a water scientist from Virginia, my girlfriend who works at a nonprofit water group. It was a mix of folks that opened up their eyes together to uncover this story. That is such an important lesson.

So often in our work, whatever our work may be, we are very siloed. We only work with people who do the exact same thing that we do. And we don’t realize the other solutions out there in different disciplines, from people who look different than us, who live somewhere else and who vote different than us, yet who also care about the same things. The beauty is being able to find that village and come together.

HTB: What about the ratepayers, the consumers of the water themselves. How do they stay informed about local water issues?

DR. MONA: It’s hard. The people of Flint have been heroic. They were the first to raise the alarm bells. Amazing moms and activists who pushed every button and started the domino effect of uncovering this crisis. There are folks in Flint that suffer from incredible obstacles to information and access. We have a 60% poverty rate for our children… huge transportation issues, literacy issues… there are so many obstacles associated with poverty that have made communication and information-sharing quite difficult.

That’s why things in Flint are always done at the grassroots level.

The folks who go door-to-door are your neighbors; they are the ones helping with the water filter installation and the maintenance.

HTB: In Los Angeles County, there are many GRASSROOTS efforts. What words of wisdom do you have for grassroots leaders and clean water advocates here in L.A.?

DR. MONA: One of the reasons I wrote this book is to be an inspiring call to action. [This book] is about the people, places and problems that we choose not to see. We all have to open our eyes. When we work together we can tap into this incredible power that is within all of us to create change. There couldn’t be a more timely moment to share that message with what is happening in our nation—where there is an incredible need for ongoing activism and informed communities.

Meet the author on July 11 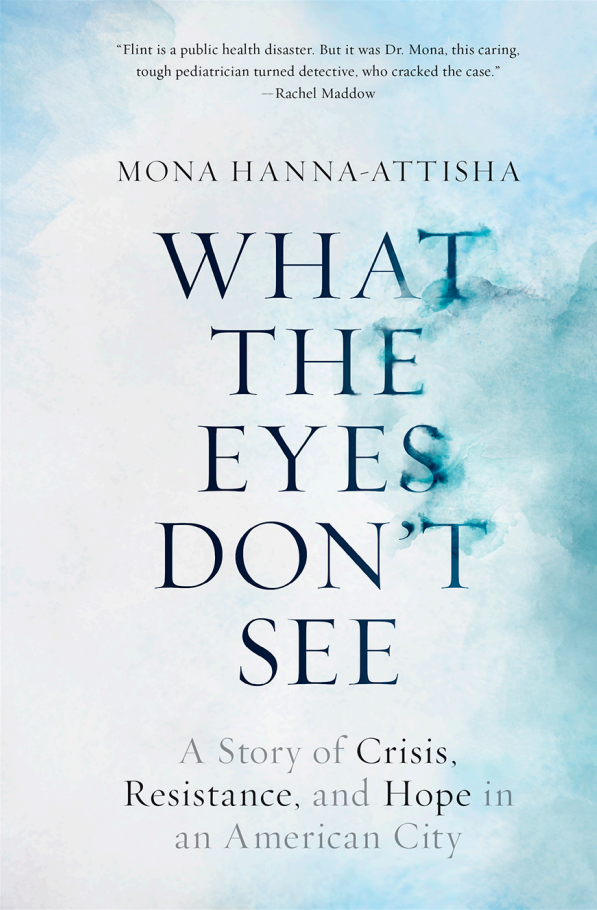 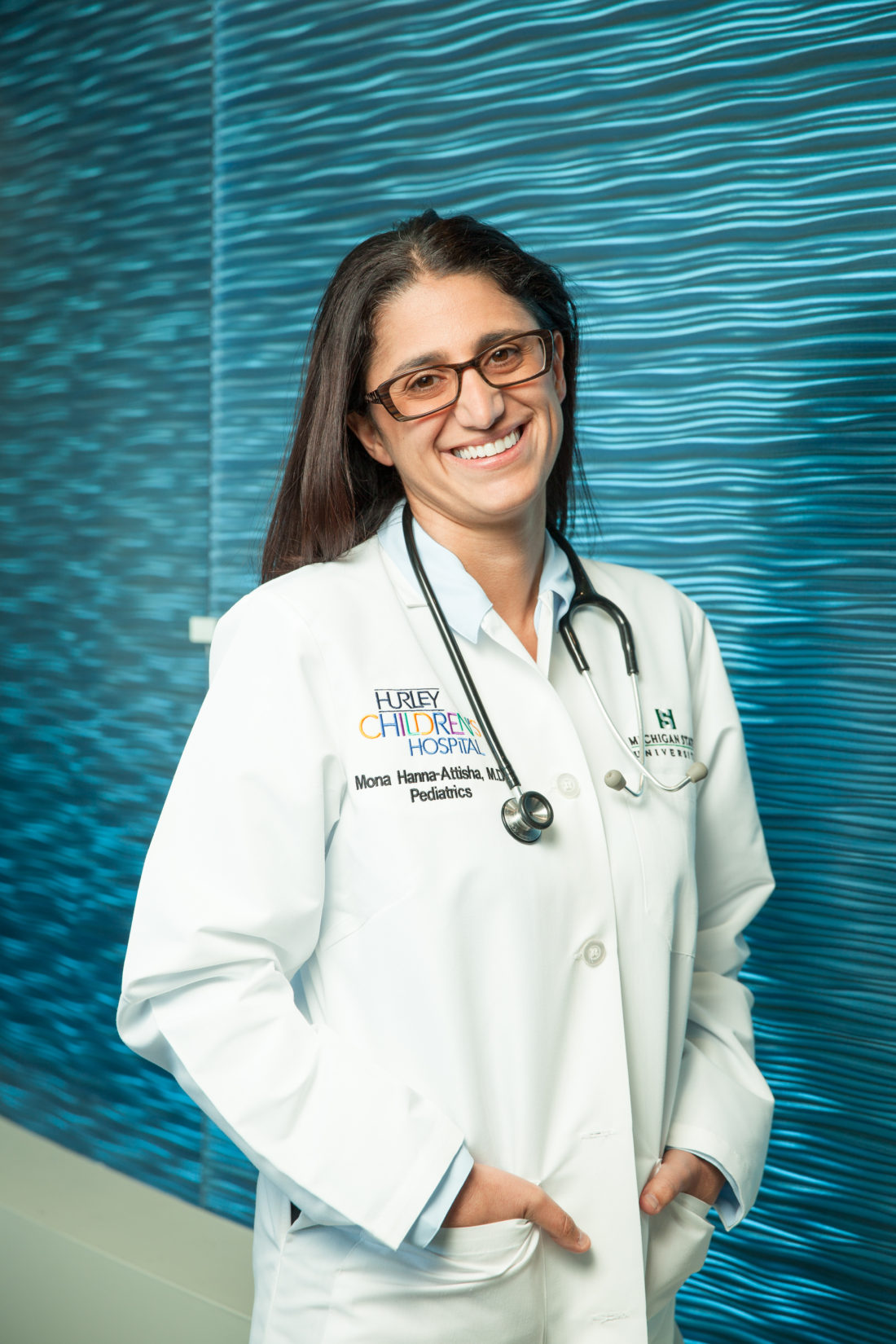 A Quick Refresher on the Flint Water Crisis

Before Flint, Michigan realized its water crisis in 2014, the city was nearing bankruptcy and took a series of deliberate actions to cut costs. When Governor Rick Snyder declared an emergency in the state, he removed a swath of elected government positions and appointed “emergency managers” into these roles. His swift move created the conditions for a murky view into local public policy.

As if losing the right to vote and access to public information was not enough a blow to overcome, community members in Flint had no say when state-appointed emergency managers hastily switched the drinking water source and treatment policy.

In a temporary plan to save the city of Flint money, emergency managers claimed they could cut costs by sourcing water from the Flint River instead of the Great Lakes. The new plan did not include sufficient water treatment procedures like corrosion control, a method to avoid lead leaching into the water, which is outlined in the federal Safe Drinking Water Act. As a direct result, nearly 100,000 Flint residents were exposed to lead and harmful bacteria.

When the community began complaining about the condition of the water coming out of their taps, they were not getting any straight answers from city officials. Flint residents were left defenseless — their ability to vote and hold local officials accountable had been taken away by the Governor. They were cut off from critical information. Yet they persevered.

Community heroes like Dr. Mona began to listen, connect the dots and speak up.

Today the water in Flint, Michigan still needs to be filtered or residents must use bottled water. But, conditions are improving and there is a big plan underway to replace all of the corroded lead pipes in the region. Some justice is also being served. Over a dozen individuals and water infrastructure firms involved in the Flint Water Crisis are currently being investigated for felony and misdemeanor criminal charges, including negligent homicide, conspiracy and misconduct in office.

If Dr. Mona and other water warriors did not turn their knowledge into action, if they did not use their chorus of voices to create a platform for change, it’s unclear how long the Flint community would have suffered from lead poisoning and exposure to other harmful toxins.

← ACTION ALERT: 3 Ways to Save Stormwater in L.A.