Heal the Bay CEO Ruskin Hartley gets a slice of life — and pie — spending a day in Malibu with some inspiring kids.

If you have spent any time on a surfboard you are probably familiar with Duke Paoa Kahanamoku, Hawaii’s legendary Olympic swimmer and surf evangelist. In 1912, he won the 100 meters freestyle in the Stockholm Olympics. And starting in the 1920s, he starred in a dozen feature films. But between Olympic competition and filming, he travelled the world inspiring a love of the ocean through his passion for swimming and his introduction of surfing to an unsuspecting world. 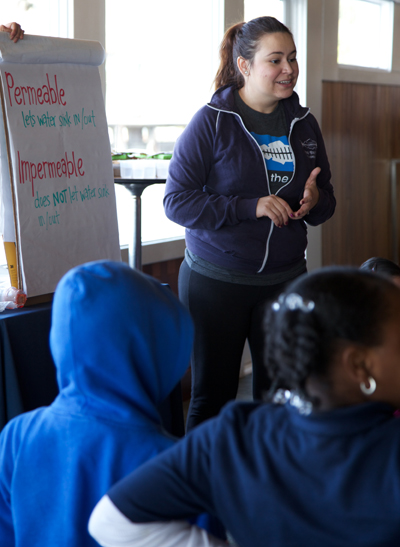 In its own way, Heal the Bay is continuing Kahanamoku’s legacy with an innovative partnership we call “Lunch and Learn.” For the past three years we have partnered with a restaurant that bears his name, Duke’s in Malibu, to introduce kids to the ocean and teach them simple things they can do to care for it every day.

The program combines an outdoor field-trip for elementary schoolchildren with a hosted sit-down lunch overlooking the Pacific Ocean. Many of these kids, all of whom come from Title I schools, have never been to the ocean despite it being in their backyard. The icing on the cake is the lunch served to them on white linen as they sit and watch for whales and dolphins (actually, the icing is fudge sauce and macadamia nuts….). I recall having that only once on a field-trip growing up, but that’s another story. 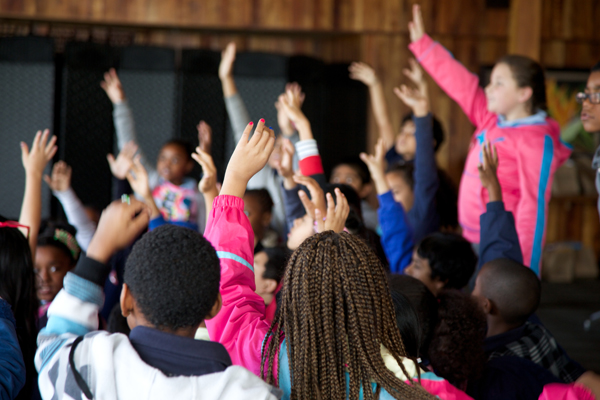 I was fortunate to help out with this morning’s field-trip. From the moment the fourth grade classes arrived on the big red bus from the Crescent Heights Language Arts/Social Justice Magnet school in Los Angeles, to the last slice of famous Hula Pie, there were smiles all around. But this wasn’t just about buses and pie, important as both are. The heart of the program teaches kids about the relationship between what they do in their everyday life and the impact it has on the ocean. The link being the stormdrain that washes the debris from their playground, street and home through to the deep blue of the Pacific Ocean.

It was inspiring to watch the kids work in groups to test hypotheses about how water will interact with various surfaces, or sieve sand in search of elusive sandcrabs. After lunch, everyone became animated during the quiz as they shouted out answers like “entanglement,” “impermeable,” and “stop littering” as they competed for prizes.

They understand that they can do simple things to help out. I found it very touching to watch them share dessert and talk about their desire to become scientists and engineers when they grew up. All that through a day at the beach, and a slice of tasty hula pie. Thank you Duke’s and the Ella Fitzgerald Foundation! 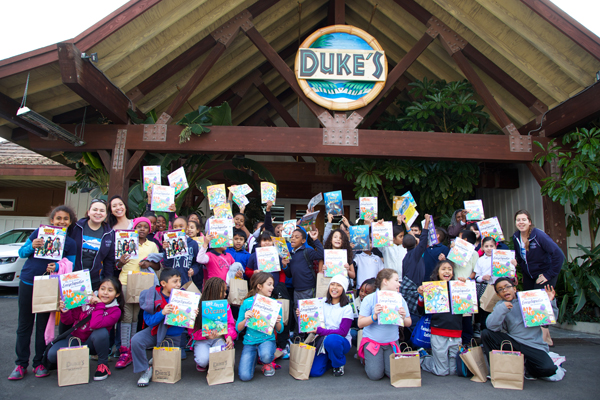 ← Hull of a Problem: Copper in Marina del Rey Harbor

Year of the Whale: Come Celebrate →