After 11 years at Heal the Bay, Communications Director Matthew King is hanging up his keyboard. Before he heads off for a career sabbatical, he offers a series of posts about his favorite colleagues and lessons learned.

Readers, thanks for putting up with this extended farewell. (I feel like Cher or Elton John a bit.)  As I hand the baton to my capable colleague Talia Walsh, I want to recognize that none of our Comm success over the past decade could have happened without the eloquence and competence of our colleagues here. My job is just to set up interviews, create talking points, edit blog posts and help draft Op-Eds and then get out of the way. I’ve been very fortunate to work with so many outstanding scientists and advocates over the years.

I owe a special debt to Heal the Bay’s first executive director, Mark Gold, who hired me to rethink HTB’s Comm strategy. I think we both learned a lot from each other. Now an associate vice chancellor at UCLA, Mark is one of L.A.’s pre-eminent environmental thought-leaders, as well as an inveterate Dodger fan, like me. (In photo below, he’s wearing the cap, next to one of his heroes, star pitcher Fernando Valenzeula, before a Heal the Bay cleanup. I don’t think I ever saw him more happy at work!) His gallows humor and unfailing candor are welcome relief in a field marked too often by wishful thinking and feel-good platitudes. 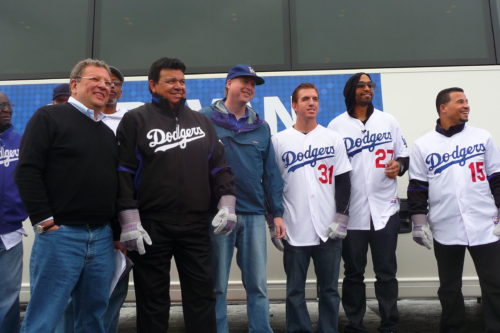 My job was made infinitely easier by the endeavors of two former science-and-policy directors, Sarah Sikich and Kirsten James. I lovingly dubbed the fresh-faced, blonde duo “The Bobbsey Twins” for their earnest dedication. But this powerful team formed a formidable one-two punch in my early years, scoring victories for Marine Protected Areas and bans on single-use plastics. These two Midwesterners embody Heal the Bay’s core values: integrity, loyalty and a willingness to work hard. I am so happy that our current president Shelley Luce embodies these strengths as well. We are in good hands. 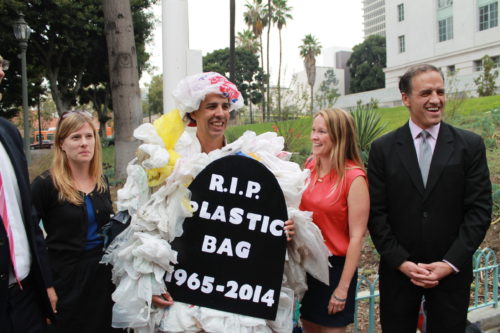 Last but not least is Meredith McCarthy, our current Operations Director and longtime Mama Bear of the organization. As Programs Manager, Meredith worked on dozens of campaigns and events with me – instilling me with pride, conviction, confidence and a can-do spirit even when my spirits flagged. She’s a mensch, a Bodhisattva and the best “work wife” I guy could ever have. 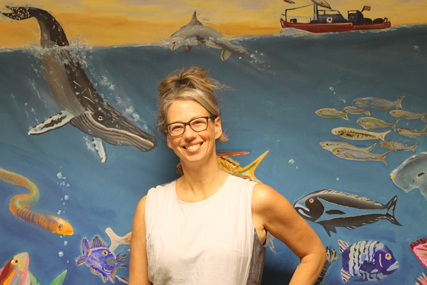 It’s been incredibly rewarding to represent Heal the Bay’s good work to the media and general public. I hope my work has helped inspire people to become better stewards of the ocean and our inland waterways. I trust that by shining a light, I’ve helped reduce pollution in the Bay and swimming-related illnesses. My father served as an L.A. County lifeguard for 30 years. So in my own small way, I feel like I’ve been following in my late father’s footsteps – helping to protect the millions of people who visit our beaches each year.

And one final thought: My wife and I had a trick at home called “One Step Further” to encourage better in-home habits for our growing sons. Yes, it was a small victory to have them take their dirty dish out of their room and to the sink. But we nudged to them to take it one step further, and actually scrape the dish and put it in the dishwasher.

I’ll see you on the beach. Maybe in Montevideo … 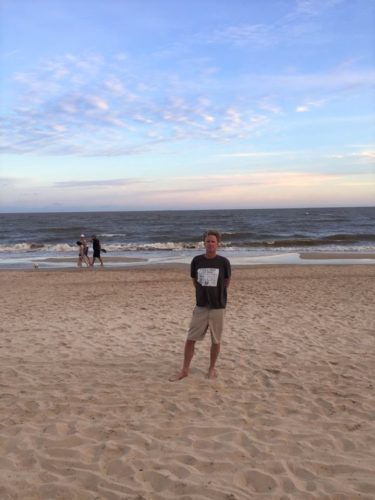