After 11 years at Heal the Bay, Communications Director Matthew King is hanging up his keyboard. Before he heads off for a career sabbatical, he offers a series of stories about his favorite moments and lessons learned.

Communications Directors have a special role at nonprofits. We work with every department and try hard to give our colleagues the credit they deserve for their hard work. We collaborate with smart people, working across all disciplines of the organization, as well as allies in the community.

During my tenure, I’ve spent time in the field with scientists, teachers, policy advocates, creative directors, fundraisers, organizers, journalists, lawyers, and powerful elected officials. You learn a lot just watching and listening to people who know how to get things done. I’ve had many classrooms—from tidepools to city-council chambers, from aquariums to production studios. That informal education has been one of the biggest blessings of my job here.

Roaming across greater L.A. with an environmental mindset has also led to some memorable encounters and surprising discoveries. Here are three of my favorite moments:

Swimming with a White Shark

I’ve edited dozens of blog and social media posts about the need to protect apex predators in our waters. But my close encounter with a juvenile white shark while surfing in El Porto made the issue deeply personal.  You can read more about it here. 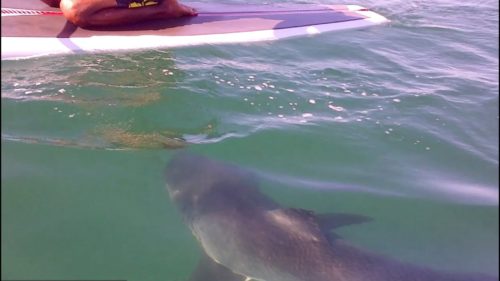 Discovering a Human Skull at a Cleanup

I’ve become blasé about what we find at cleanups after all these years of seeing the same types of trash over and over. Ho hum, another pound of cigarette butts in the sand. (Yuck!) But one find at a Coastal Cleanup Day site stopped me dead in my tracks – divers discovering what looked like a human skull underneath the Redondo Beach Pier. Police shut down the site and went full-on “CSI.” You can read more about the surprise ending to this story here.

Finding Hope in the Back of a Nissan

Teachers are among the most underappreciated members of society. (Honoring first responders and soldiers is great, but why don’t they celebrate outstanding teachers before ball games as well?) Patty Jimenez is one such hero, who goes the extra mile to motivate her students in the underserved community of Bell Gardens. I invited Patty and a few of her students to share their compelling story about getting cigarettes banned in city parks on KTLA Morning News. They hustled out to Playa del Rey, battling morning traffic in the predawn darkness to appear on the show before returning back for the start of school. During a break in filming, I watched these inspirational kids do something that will stick with me forever. Read their story here. 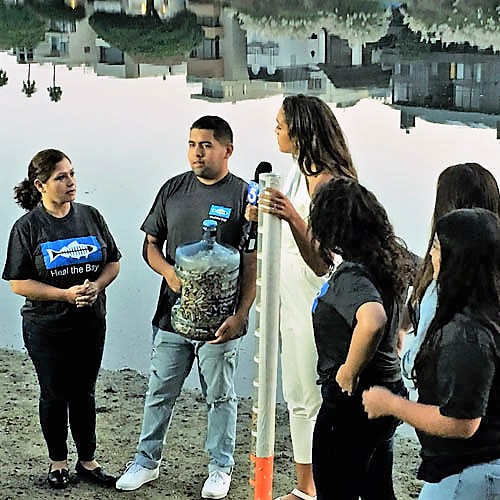 As a former reporter and editor, I know how hard it is to be a journalist. Low pay and long hours are to be expected. Most media outlets find their budgets shrinking as fast as the attention spans of readers. That makes it harder to get environmental stories into print or on air. Still, some thoughtful reporters are doing good work. Here are three journalists who made my job fun.

Louis is an OG LA Times vet, slightly rumpled, slightly curmudgeonly,  but with a heart-of-gold. He’s been around the block a few times. He’s the type of guy you want to have a few beers with in a divey San Pedro bar. He’s had to weather a lot of turmoil with management changes at the L.A. Times, but he perseveres. He’s the master of the anecdotal lede, expert at painting nature with spare but evocative prose. I took Louis out on a boat for my first big story here, a feature piece on the tension over creating Marine Protected Areas off the SoCal coast. You can read one of his stories about Heal the Bay’s campaign against invasive crayfish here.

No one did what Huell did, exploring the backroads of California and visiting everyday folk. With his “aw-shucks” demeanor and courtly Southern manners, Huell could make a trip to an insurance office seem interesting. So I was elated when I convinced him to do a segment on our fight against single-use plastic bags. My then-colleague Kirsten James and I had a small bet whether I could get him to say in that cornpone drawl of his: “Noooooo, Kirsten! NINE BILL-YUN plastic bags??!!” You can read more about our day together here.

Gayle has mastered goofy shtick to make herself one of the most famous news personalities in L.A. But don’t let that madcap on-air persona fool you. As a former crime reporter in Miami, she’s whip smart and extremely well read. She’s dead serious about her job and is totally demanding of her sources when putting together a segment. She used to strike the fear of God in me, but then I discovered what a pussycat she really is. You can watch some of her segments here focusing on our efforts to increase diversity on the beach. 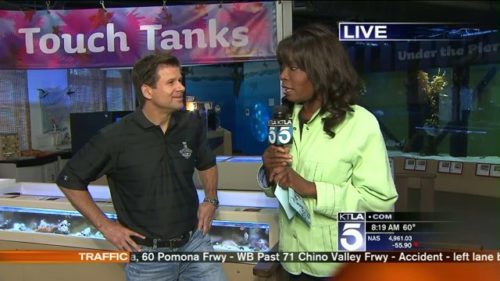