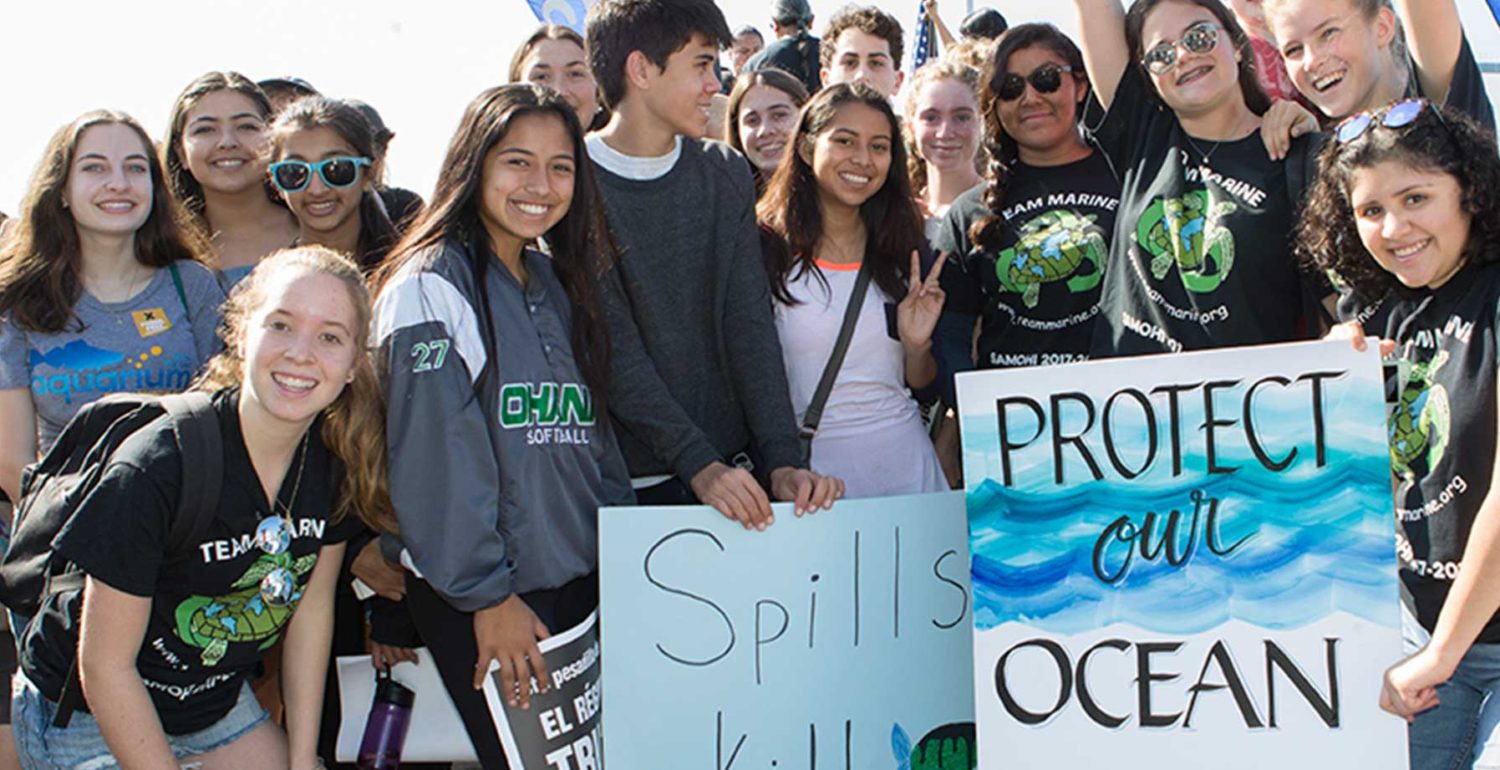 65 Days have passed since the White House first announced their new offshore drilling plan — a dangerous proposal that places nearly all U.S. coastal communities, businesses and wildlife at risk.

Since then, so much has happened. The list of critical issues that require our nation’s unfettered attention and tactful action is long. Our efforts to advocate for what is right are being stretched and tested.

Steadfast we must be, and Heal the Bay has never been more determined to fight for a future that we know is not only possible – but prosperous for all. Over the last few weeks, we have joined our partners in the local community and state to REJECT the Trump administration’s offshore drilling draft proposal.

It’s been a wild 10-weeks that led up to this point, so let’s take a quick look back. Below is a timeline of our offshore drilling campaign, as told through Tweets.

WEEK 1: On Thursday, January 4, Ryan Zinke, the United States Secretary of the Interior, rang in the New Year with a slick announcement for big oil and gas. Adding our voice to the chorus of ocean protectors nationwide, Heal the Bay quickly responds.

The LA Times' Steve Lopez spent the morning with us on our boat touring the Bay. He gets why Trump's push to expand offshore drilling is moronic. Read his column.https://t.co/Cmv8CNjob2

WEEK 2: We then join forces with Surfrider and the California Coastkeeper Alliance. Together we launch a Change.org petition to help concerned people connect, stay informed and take action locally.

We are taking a stand with our partners @CA_Waterkeepers and @Surfrider. And we need YOU to take action too. Please make your voice heard before this dangerous offshore #oilandgas drilling proposal becomes our reality in 2019. https://t.co/W7gV8Y9aoh

WEEK 3: As we got the word out on the West Coast, the Bureau of Ocean Energy Management “BOEM” kicked off a series of public meetings – one in each coastal U.S. state – with the first three meetings happening in Maryland, Mississippi and Delaware.

WEEK 4: The U.S. government shutdown in January postponed BOEM’s public meetings for two weeks. Frustrated by an increasingly inadequate public process, we teamed up with a dynamic and diverse group of local organizers and officials in L.A. County to coordinate a day of action against offshore drilling.

Join us on Saturday to rally against opening up our coast to new offshore oil drilling! #ProtectthePacific pic.twitter.com/556e50lc90

WEEK 5: Thousands of Californians participated in the day of action on February 3 across the Golden State in Santa Monica, San Diego, San Luis Obispo, Laguna Beach, Ventura and Santa Cruz. Heal the Bay co-hosted the rally on Santa Monica Pier with hundreds of Angelenos, elected officials and community organizations. Our city faces numerous challenges with drilling and we were grateful to be joined by STAND-L.A. and other groups that oppose drilling in all Los Angeles neighborhoods.

Trump’s decision to open up the entire Atlantic & Pacific coasts to offshore oil drilling is an appalling giveaway to his wealthy friends in the oil & gas industry. This dangerous decision will put our ocean ecosystems at risk of devastating water pollution & oil spills. pic.twitter.com/eflkiRd6yi

WEEK 6: We traveled up to Sacramento for another rally, this time at the State Capitol Building. Then we attended the ONLY public meeting for California on February 8. BOEM’s public meetings were also held in Texas, Oregon and Florida.

Okay, we are inside the @BOEM_DOI public meeting. It is a surprise to some here that this public meeting is an informational session with no public speaking component. #ProtectOurCoast pic.twitter.com/hlAcVWXLdf

WEEK 7: After two powerful rallies in California, we kept the momentum going in So Cal. Heal the Bay co-hosted a town hall on February 16 in Hermosa Beach – a city that successfully defeated big oil in recent years. BOEM’s public meetings were held in Connecticut, South Carolina, New Jersey and New York.

Inspired by all of the knowledge & passion at the #ProtectThePacific town hall in Hermosa Beach tonight. If you have comments on BOEM’s proposed offshore oil & gas leasing program, submit them by Mar. 9: https://t.co/YYcgcQcGaF pic.twitter.com/WFruoIeUEH

WEEK 8: As California’s Governor sat down with the Interior Secretary to discuss offshore drilling, Heal the Bay was in Sacramento alongside our partners at the State Capitol during Ocean Day CA, meeting with elected officials and their aides to discuss our concerns and policy solutions. BOEM held public meetings in Virginia, Alaska and Washington D.C.

WEEK 9: By now, the majority of coastal states have expressed deep concern and thousands of businesses and leaders have organized against the offshore drilling proposal. Public meetings with BOEM continued in North Carolina, Massachusetts, Georgia and Rhode Island.

West Coast businesses will have their voice heard. More than 1000 unite to #ProtectThePacific from new or expanded #offshoredrilling: https://t.co/gPlYLrNe9O. pic.twitter.com/MRvBRWD2bx

WEEK 10: On Friday, March 9, the final moment that public comments would be accepted by U.S. officials had passed. We submitted Heal the Bay’s comment earlier and delivered our final petition with 125,000 signatures to BOEM. The final stretch of BOEM’s public meetings also wrapped up this week in New Hampshire, Washington, Louisiana, Maine and Alabama.

So what’s next? In many respects, this new fight against offshore drilling has just begun. We need to raise more dollars to increase our local advocacy and coalition work, to have a hand in policy, and to build enough strength to push back against federal overreach. Please donate to Heal the Bay today to help us keep up the fight against offshore drilling in the weeks, months and years ahead.

← Malibu Stops Sucking – Which City Is Next?