October 11, 2016 — Watershed Scientist Katherine Pease, Ph.D., weighs in on the latest setback affecting the future of the Ballona Wetlands.

Way back in 2003, the State of California purchased the Ballona Wetlands, protecting one of our last remaining coastal wetlands in Southern California. Despite being protected, the Ballona Wetlands have been severely impacted by humans and are highly degraded. Thus, shortly after State acquisition, restoration planning began.

Fast forward thirteen years and we still do not have a plan for the restoration of the Ballona Wetlands.

Rumors had been circulating recently about a delay in the release of the much-anticipated restoration plan or Environmental Impact Report/Statement (EIR/EIS) for the Ballona Wetlands.

I am disappointed to say that official word has now confirmed those rumors. We are now told that we must wait until mid-2017 to see this document.

The draft EIR/EIS will detail and evaluate four tentative alternatives, ranging from the “No Action Alternative” – in other words, doing nothing – to a full scale restoration involving concrete removal to establish a more natural creek connected to the wetlands, walking and biking paths, and creation and enhancement of wetland habitats. The Army Corps of Engineers and California Department of Fish and Wildlife (CDFW) are the lead agencies preparing the EIR/EIS and will make the final decision about restoration plans.

This further delay is unacceptable. The Ballona Wetlands need restoration and action needs to be taken now. Southern California has already lost 95% of its coastal wetlands. We need to act quickly to protect and restore our remaining 5%.

Heal the Bay and partners have been participating in good faith in a public process that began in 2006. The draft EIR was due in 2012. We have been awaiting this document for four years – that’s right, we are four years behind schedule. The deadlines have continually been pushed back and surpassed, but this time felt different; I was sure we would see the EIR in 2016. Alas, it was not meant to be. But that doesn’t mean that we’ll just sit around waiting patiently – we need to speak up and hold the Army Corps of Engineers and CDFW accountable.

What is the explanation for the delay?

What assurance do we have that the new timeline will be met?

Heal the Bay will meet with partners, agencies, and elected officials to try to get answers to these questions and to put pressure on the lead agencies.

If you support the restoration of Ballona Wetlands and want to see it happen ASAP, starting with the release of the EIR/EIS, please sign our petition now.

You can also contact CDFW and your federal elected officials to let them know that you care about wetland habitat and that you want to see the EIR/EIS now.

Learn more about the Ballona Wetlands. 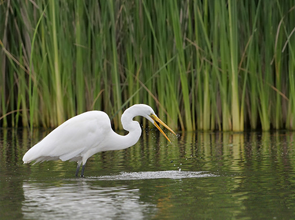 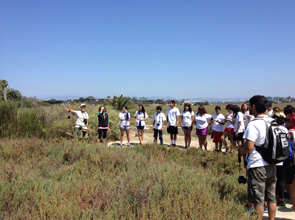 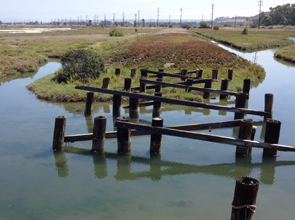