Oct. 6, 2016 — Manufacturers are trying to overturn the state’s effective bag ban at the ballot box this November.

Did you know that all that hard work we did together to get California’s plastic bag ban passed in the state legislature years ago is now under threat? Out-of-state and out-of-touch Big Plastic is pushing bags on us once again by funding an initiative to overturn the statewide ban.

So please come out Nov. 8 during the presidential election to vote YES to uphold the sensible ban. Bag bans work! Why go back? We know you get it, but here’s info to share with your network.

Plastic bag pollution poses a deadly threat to 663 species of marine and land animals. Each year, thousands of animals become entangled in plastic bags and drown, or ingest them and starve.

In the ocean, plastic bags break down into tiny pieces, which absorb large amounts of pollutants. These toxic pellets are then eaten by small fish and animals that are in turn eaten by larger fish… ultimately passing those toxins on to us. Do you want to eat plastic-filled fish?

A shopper will typically use a single-use plastic bag for fewer than 12 minutes. However, that bag will remain in our environment for up to 1,000 years and will never fully biodegrade.

The plastic bag industry may say recycling is the answer, but that’s simply not the case. The tiny fraction of bags that do make it to recycling plants yield very little usable material.

If we don’t take immediate action to reduce our appetite for plastic products, you’ll soon be more likely to reel in a food wrapper than a rockfish.

6.      They cost taxpayers millions every year to clean up.

NRDC estimates that California spends up to $100 million each year dealing with plastic bag litter. We can think of a few million better ways to spend taxpayer dollars.

Think you’ve been getting all those plastic grocery bags on the house? Think again. The real cost of those “freebies” is built into the price of consumer goods.

Plastic bags are big business in California, racking up nearly $200 million in 2012 alone. But who’s raking it in? Not the Golden State: 98% of contributions to keep plastic bags were from companies outside of California.

Over 1/3 of Californians enjoy living in 148 communities where bags are already banned. A statewide solution would simplify this regulatory jumble for retailers and shoppers alike. 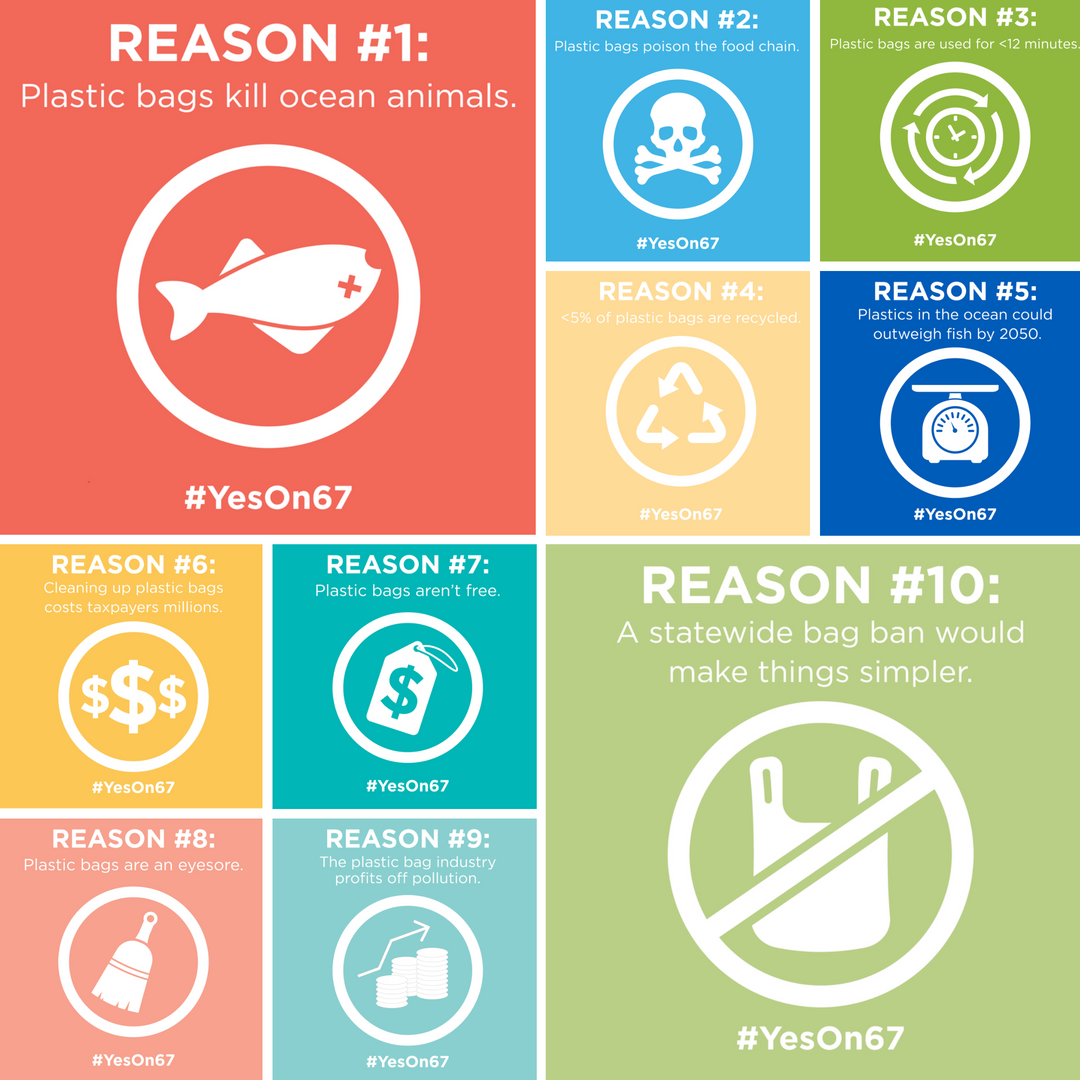 ← Heal the Bay Honors the Ocean With the Chumash

Have you signed up for our Stormwater Workshop?

You are invited to our free virtual Stormwater Workshop on Thursday, Dec. 9 at 6pm to learn about innovative projects that are improving the local water supply crisis. We’ll focus on how you can make your voice heard and have an impact here in Los Angeles.