If you live in Los Angeles, I have a new program for you to watch.

It’s a televised drama that contains high-stakes political maneuvering, involves people who unwittingly end up exposed to a dangerously sharp edge when you least expect it, and deals with a war of Five Kings.

What? You know the program I’m talking about? No, not Game of Thrones (but good guess) – something with a little less viewership and attention. It’s the sickening story of medical waste washing up on our local beaches. Let me quickly fill you in on last season, which ended in June 2016.

The “Five Kings” is a nickname that has been used for the Los Angeles County Board of Supervisors. This locally governing body originally got their name due to a combination of power, homogeneity, and longevity of the members. Term limits were voted in by 64% of Los Angeles voters in 2002 and the Board itself has since morphed to better represent the diversity in the County. They still retain their tremendous power over a growing constituency, however, which is what makes them so fascinating. Each of the five supervisors represents almost two million Angelenos apiece, which is 2,000 times as many people as the original 1,000 citizens each supervisor represented in 1852. Today you have what the L.A. Times has argued are the five most powerful locally-elected individuals in the nation.

Now you know the characters and the setting. Let me set the stakes. 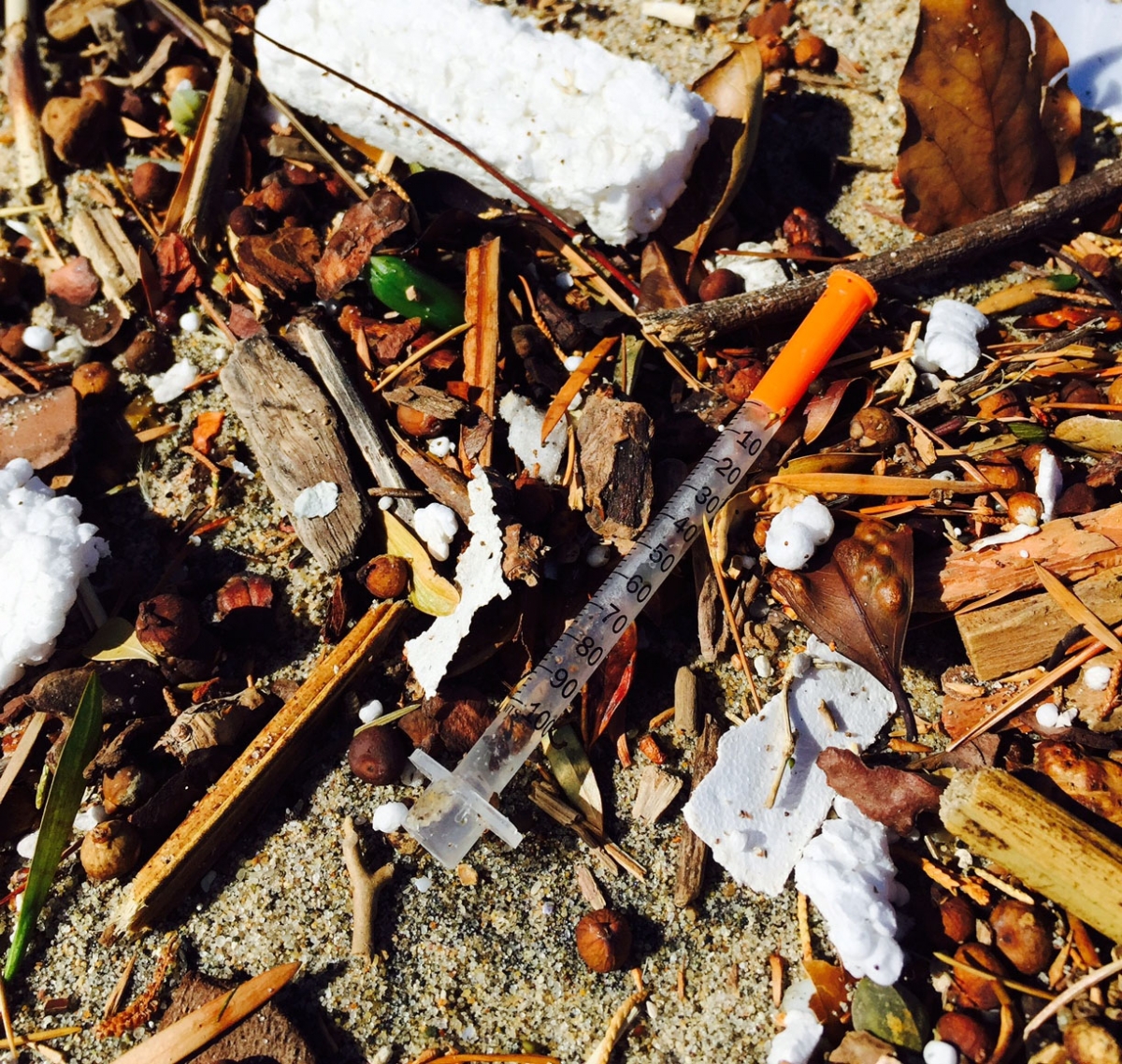 Early in 2016, Los Angeles County was set to have one of the most stringent used needles and unused prescription medication take-back programs in the country. At the time, only Alameda County (the county east of San Francisco containing Oakland, Berkeley, and Livermore) had such a program in place. This take-back program would ideally take the form of depositories (think mailbox/library book return) in Los Angeles drug stores and other convenient places. Heal the Bay believes that this ordinance will help keep used syringes off our shores and unused, yet abusable, medications out of our medicine cabinets and waterways. Currently, people either throw away syringes with other trash, where they can harm sanitation workers, or worse—flush them down the toilet. Heal the Bay became very aware of the danger of flushed syringes following last September’s Hyperion sewer spill, when hundreds of syringes, along with other medical waste, washed up on the shores around Dockweiler Beach. The take-back ordinance would be funded by the same people who profit from our prescription purchases in the first place: the pharmaceutical companies.

Over the course of spring 2016 the ordinance was delayed five times. This continued until the nail-biting season finale which took place this past June. On that fateful day, when Los Angeles County was supposed to confirm its comprehensive sharps and pharmaceutical take-back program, it was replaced in the eleventh hour and fifty-ninth minute by a watered-down public education campaign. The only similarity between the old ordinance and the new education campaign would be the funders – in both cases the pharmaceutical companies. They were asked to spend the next few months overseeing an education and outreach campaign and host quarterly take-back days.

Supervisors Sheila Kuehl and Hilda Solis, who have become leaders on the Board in the effort to establish the ordinance, warned their fellow supervisors that the proposed education program would fall far short of the original ordinance in addressing the issues posed by sharps and pharmaceuticals, and assured their constituents that they had not seen the last of the ordinance itself.

Months have gone by and the results of the public education program and take-back events have been announced. According to County of Los Angeles Public Health, the pharmaceutical companies’ campaign objectives in summary “were not approved.” Of the mandated “Education and Outreach, Take-Back Events, and Outcome Measurement Plans,” there were only two categories (out of the 43 total graded requirements) where the Pharmaceutical Workgroup actually met the Supervisors’ set criteria: The campaign messages were in fact translated into Spanish, and that the group did indeed “establish a single website.” In every other category the Pharmaceutical Outreach and Education Team either partially or totally failed.

Last week, Supervisors Kuehl and Solis proved they were keeping their word and have been paying close attention to the program. That brings us up to speed to what’s happened up until yesterday’s season premiere.

The inadequacies of the outreach campaign were discussed at the Board’s Tuesday, November 1 hearing. After hearing L.A. County Public Health officials’ report, Supervisors Solis and Kuehl reiterated their stance that the whole effort was disappointing, with Solis stating that the industry’s efforts would receive an F grade if it were a student.

Sheila Kuehl stated that the people of L.A. County “should have an easy choice” of where to get rid of their old medications and used syringes. She went on to say that as Supervisors, “it’s our responsibility [to make it happen] and we will take it.”

But when the other Supervisors spoke, those in support of the ordinance looked completely miffed, as Supervisors Antonovich, Knabe, and Ridley-Thomas all seemed to think the ordinance needed more work—despite almost a year of efforts, delays, and postponements. At this point the well-crafted take-back ordinance, to the dismay of its many supporters, was put in a state of limbo. And that’s where our most recent episode ends.

Looking at the season ahead, there is hope for the take-back program. There will be two new characters destined to join our outnumbered heroes. Two of the five kings will be replaced by new, undetermined Supervisors, as the newly initiated term limits have taken effect. Even the two electoral races to replace Supervisors Antonovich and Knabe themselves have been quite dramatic so far.

There are rumors that the take-back program will be presented again in front of the newly vitalized board as soon as January 2017.

Hearings begin at 9 a.m. on Tuesdays and are replayed each subsequent Wednesday night on television network KLCS at 10 p.m.

And unlike HBO, KLCS is free.

What This Election Means For the Bay →