July 27, 2016 — Heal the Bay released today a landmark study of water quality in the Los Angeles River. Dr. Katherine Pease, the study’s author, explains why improving the river’s water quality should be an integral part of any plan to restore it.

Sewage spills are unusual one-time events, but a new study that I have just completed demonstrates that bacterial pollution continues to plague the river on a chronic, long-term basis. We are releasing the results today.

The findings are a cause for both concern and opportunity — given the growing recreational uses of the river and a $1 billion revitalization plan for L.A.’s central water body.

The study shows that popular recreation spots along the Los Angeles River suffer from very poor water quality, which poses health risks to the growing number of people who fish, swim and kayak in its waters.

Kayaking and other recreational opportunities are frequently described by participants as transformational in their perception of the Los Angeles River. Getting on the water helps people move beyond the stereotypical image of a concrete drainage ditch to a vision of a vibrant river filled with life and potential.

My transformational moment at the river took place in 2009 when I was asked by a friend to participate in River School, an educational event put on by Friends of the Los Angeles River (FOLAR) in the Elysian Valley. We scouted an area by Fletcher Avenue the day before, searching for examples of native and non-native plants as well as aquatic life in scoops of water. 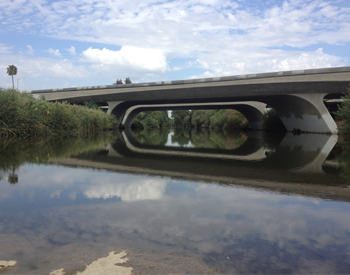 I was amazed at this newly discovered area that had been hiding in plain sight. I found a hawk pellet underneath an overpass of a busy street. I ate a mulberry from a tree growing in the river. I also saw signs of a waterbody that needed help. Pollution in the form of trash was obvious, but the unseen pollution was also troubling.

The importance of developing a personal connection to the river cannot be overstated. Heal the Bay hopes that people continue to have transformational moments in its waters and that the river itself can be transformed into a waterbody meeting its beneficial uses of recreation, recharging groundwater, and providing habitat for wildlife.

But we have a long way to go – as the study clearly demonstrates.

Building on Heal the Bay’s work as a watchdog for public health at local beaches, we began monitoring popular, previously unmonitored freshwater recreational areas in 2014 starting with swimming holes in the Santa Monica Mountains, and adding sites in the L.A. River in 2015. 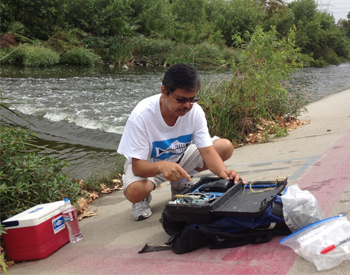 Heal the Bay staff scientists collected and tested water samples weekly for fecal indicator bacteria at three sites in the two recreation zones in the Sepulveda Basin and Elysian Valley areas of the river over a three-month period in summer 2015.

Bacteria levels varied among the sites in the new L.A. River study, but overall were quite high. For example, samples for one type of fecal indicator bacteria, Enterococcus, exceeded federal standards 100% of the time at two sites in Elysian Valley (Rattlesnake Park and Steelhead Park) and 50% of the time in Sepulveda Basin. The Rattlesnake Park site also suffered from a 67% exceedance rate for E. coli.

These exceedances indicate risk for ear infections, respiratory illnesses and gastrointestinal illnesses for people who come in contact with the water.

Much of the water that flows in the L.A. River is highly treated and sanitized wastewater from the city of L.A.’s Tillman Reclamation Plant in Van Nuys, nearly 16 million gallons a day. Tillman’s discharge is not considered a source of bacterial pollution, and without its flow there would likely be no kayaking in the Los Angeles River. 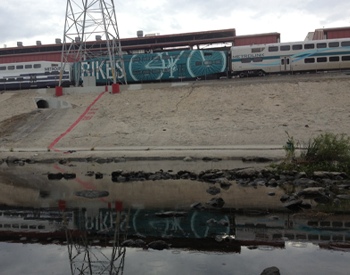 Although the recreation zones were previously unassessed, monitoring in other stretches of the L.A. River show high bacteria counts, which led to the L.A. River’s designation by the state as a bacteria-impaired waterbody. The Los Angeles Regional Water Quality Control Board has also imposed a bacteria Total Maximum Daily Load, or TMDL, for the river, which identifies several contributors of harmful bacteria to recreational zones along the river: urban runoff, leaks and flows from wastewater collection systems, illicit connections and failing septic systems. Bacteria sources include pets, horses and human waste.

By law, cities along the river and entities who discharge into it are required to enact pollution-reducing measures to comply with the federal Clean Water Act. The final deadlines for these regulations are a ways off, with interim and final goals set for 2030 and 2037, respectively. However, cities have worked together to develop an Enhanced Watershed Management Plan to address these issues with shorter-term milestones along the way.

In the report, Heal the Bay staff scientists laud recent efforts to revitalize the L.A. River and to open up public access to recreational zones. However, water quality improvements are needed to expand these opportunities and protect public health.

The federal Army Corps of Engineers has an approved $1.3-billion plan to revitalize an 11-mile stretch of the river, focusing on habitat and recreational improvement. Heal the Bay strongly urges that rehabilitation work incorporate specific and measurable measures to enhance water quality.

The full report has a detailed list of recommendations for increasing beneficial uses while protecting public health. Among them: 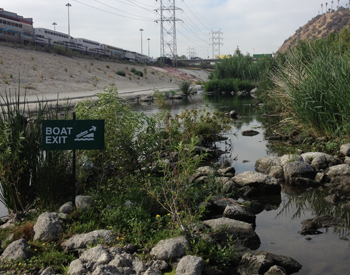 The City of Los Angeles recently convened a stakeholder workshop to discuss water quality issues in the L.A. River and specific near-term and long-term measures to ensure that the public is informed of water quality issues. We had a robust discussion about ways to minimize risk and to implement solutions to reduce chronic pollution. We are cautiously optimistic and look forward to working with the City to put these plans into motion.

At the regional level, Heal the Bay continues to advocate for funding for comprehensive water-quality improvement projects like increased stormwater capture and wastewater recycling. These measures would reduce polluted flow into our recreation zones while increasing local water supplies in a time of drought.

About Heal the Bay and the L.A. River

Heal the Bay has been monitoring water quality in streams and rivers since 1998 through our Stream Team program. In 2014 we initiated a pilot study to monitor human use and water quality of freshwater swimming spots in the Santa Monica Mountains, focusing on bacterial pollution and public health implications. 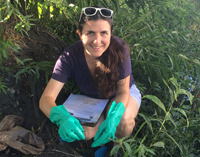 We are currently in our third summer of monitoring water quality in those swimming locations. Given Heal the Bay’s 25-year history of informing and educating beach-goers about beach water quality through our Beach Report Card, assessing the water quality of the Los Angeles River recreation zones was a natural next step.

Heal the Bay has a long history of work on the Los Angeles River; we have advocated for improved habitat, water quality, and recreation by weighing in on numerous policies and permits concerning the Los Angeles River such as TMDLs, the Recreational Use Reassessment (RECUR) study, permits for dredging and clearing vegetation, and other regulatory actions.

← Deconstructing the Sewage Spill in the L.A. River

Spread the Word: Enlist for Our Speakers Bureau →