Advisory: Stay Out of L.A. River This Weekend

Update (9/10/17): Bacteria levels remain very high in Sepulveda Basin. Most sites also exceed regulatory limits in Elysian Valley, although amounts of bacteria are lower than earlier this week. Based on these latest sampling results, we still recommend avoiding water contact with the L.A. River.


Heal the Bay is urging the general public to avoid the waters of the Los Angeles River this weekend because of alarmingly high levels of bacterial pollution.

Our staff scientists collect weekly water quality samples at four sites in the Sepulveda Basin and Elysian Valley, areas of the L.A. River that have become popular for kayaking, fishing and other recreational activities. The levels of bacteria are at the most worrying levels since Heal the Bay began monitoring L.A. River sites in 2015.

The results have a special urgency this weekend, as the fourth annual L.A. Boat Race is scheduled to take place at the Glendale Narrows (Elysian Valley). Dozens of kayakers are expected for the boat pageant and parade.

Samples taken on Sept. 6 in the Sepulveda Basin by the City of L.A. Sanitation Department showed very high levels of bacteria, well over accepted regulatory and health limits. The poor results are possibly related to runoff from recent thunderstorms and rains. A fish kill in the Balboa Boulevard area of the Basin has also likely degraded water quality. Low-oxygen levels, high turbidity and increased ammonia levels have been cited by city officials as contributing factors to the fish kill. 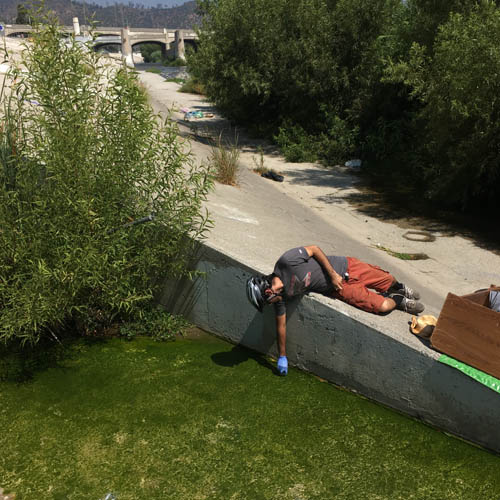 Additionally, Heal the Bay scientists and other monitoring groups recorded very high levels of bacteria on Sept. 1 and Sept. 4 in the Elysian Valley area. Rainstorms and poor upstream water quality likely led to the spike in such bacteria levels (the presence of which indicate an elevated risk for ear infections, respiratory illnesses and gastrointestinal illnesses for people who come in contact with the water).

Heal the Bay urges people to stay out of the water and to delay any planned kayaking trips until water quality results show marked improvement. Our staff scientists expect to get updated bacteria counts this weekend (please check our Twitter and Facebook pages on Sunday as we’ll be posting the results).

Unlike at the beach, there is not yet an official protocol for authorities to alert the general public or kayak outfitters when potentially dangerous levels of bacterial pollution are found at popular recreation zones at the L.A. River. The only way for the general public to know about potential threats to their health is to access water quality data on Heal the Bay’s River Report Card, which is updated weekly.

Heal the Bay looks forward to working with the City of Los Angeles and the L.A. County Department of Public Health to resolve jurisdictional conflicts about health oversight of the L.A. River. This effort should hopefully lead to formal protocol for proactively warning kayak operators and the general public as soon as they know bacteria levels exceed safety thresholds.

Every year thousands of people recreate in the L.A. River. In 2014, approximately 6,000 people utilized the recreation zones, according to the Mountains Recreation and Conservation Authority.

The L.A. River has been designated by state regulators as a bacteria-impaired waterbody. The Los Angeles Regional Water Quality Control Board has identified several conduits of bacteria to recreational zones along the river: urban runoff, leaks and flows from wastewater collection systems, illicit connections and failing septic systems. Bacteria sources include pets, horses and human waste. 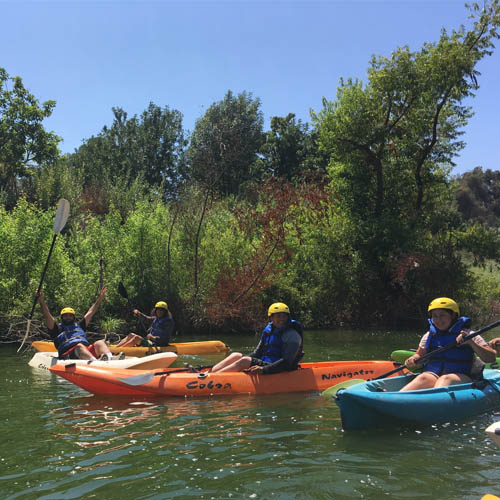 Experiencing the L.A. River firsthand is an undeniable way to make a connection to a river that needs supporters and advocates; many Heal the Bay staff members and volunteers have kayaked the L.A. River over the years and will continue to do so. We also believe that the public has a right to know what the water quality of the river is and then to make an informed decision about how they want to experience the river.

If you are thinking about getting out on the water, please check out our FAQ about recreation and water quality issues along the L.A. River.