The Secret Life of LA Stormwater

Winter rains in Los Angeles County flush an enormous amount of pollution into our storm drains from our streets, sidewalks, and neighborhoods. Where does this pollution end up? Who is responsible for monitoring and regulating it? And what’s next in the efforts to reduce it? Join Annelisa Moe, Water Quality Scientist at Heal the Bay, as she dives into the underworld of LA rain.

So, we know that stormwater is a huge source of pollution for LA’s rivers, lakes, and ocean. But have you ever wondered why? Or wondered how we track and manage this pollution? Well, let’s get into it…

In Los Angeles County, we have a storm drain system and a sewage system which are completely separate. The storm drain system is called the municipal separate storm sewer system (MS4). Separating these systems reduces the risk of sewage spills when storms might flood our sewage system, and attempts to get stormwater out of our streets before they flood. However, this separated system is also the reason why stormwater flows directly into our rivers, lakes, and ocean without being filtered or treated, leading to serious water quality issues throughout LA County that threaten public and environmental health.

Two main types of water flows through the storm drain system: (1) Stormwater, which is rainwater that cannot infiltrate into the ground naturally and instead builds up as it flows over the ground surface, and (2) dry weather runoff, which originates when it is not raining through activities such as overwatering lawns, or washing cars.

Water quality is much worse within 72 hours of a significant rain event in LA County. Last year alone, rain in our region accounted for almost 200 billion gallons of stormwater flushing through our storm drain system and into local bodies of water. 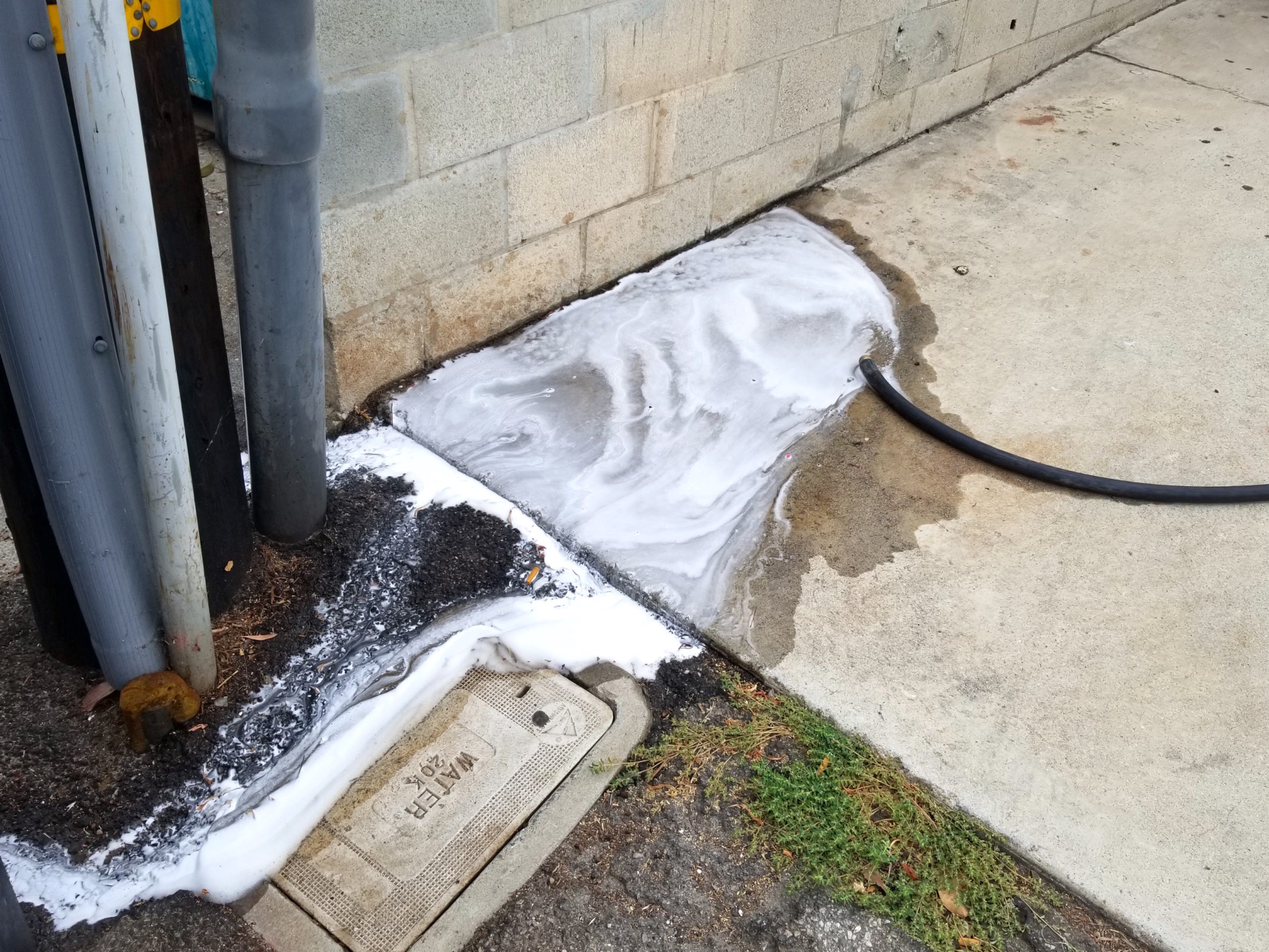 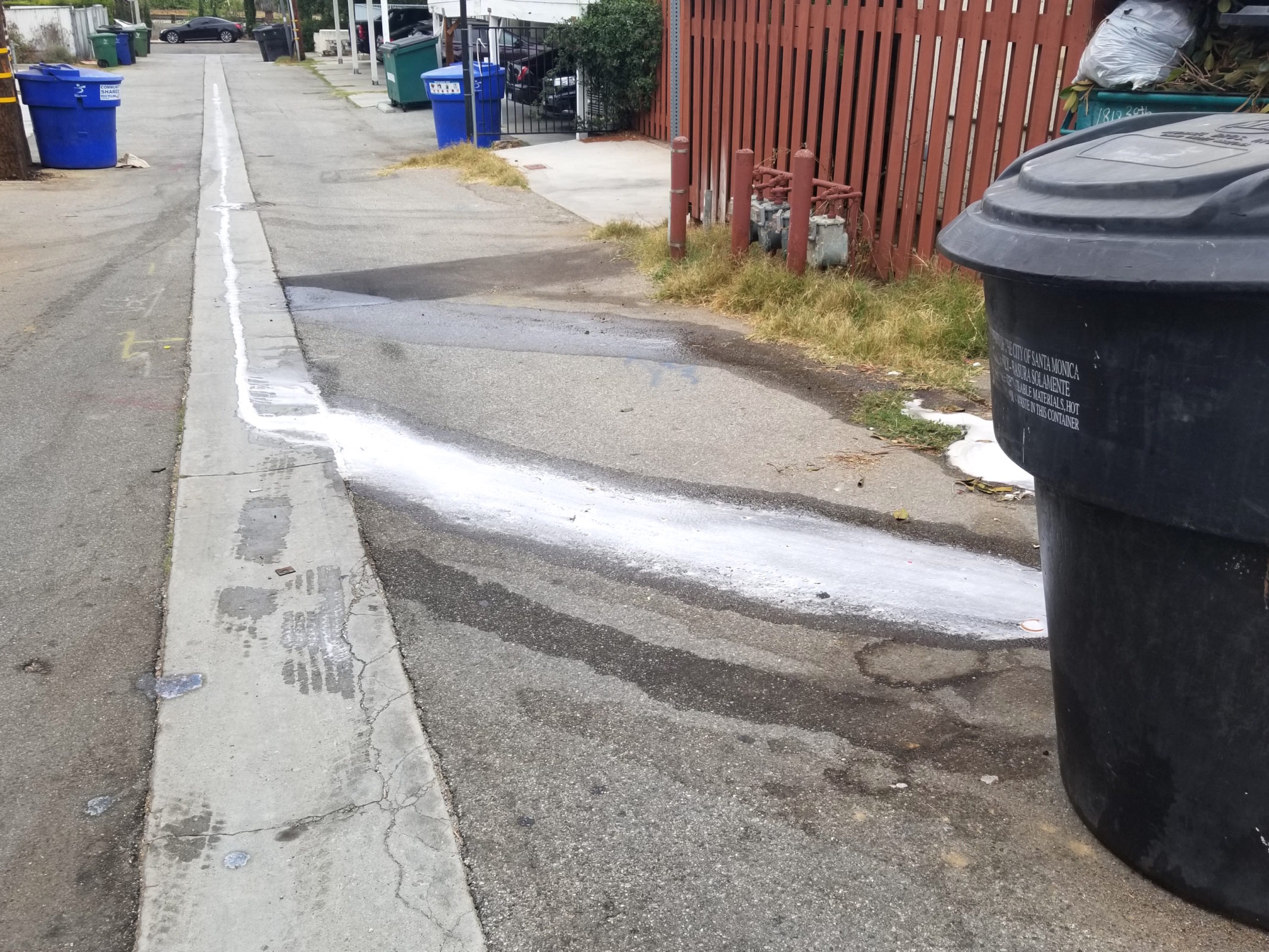 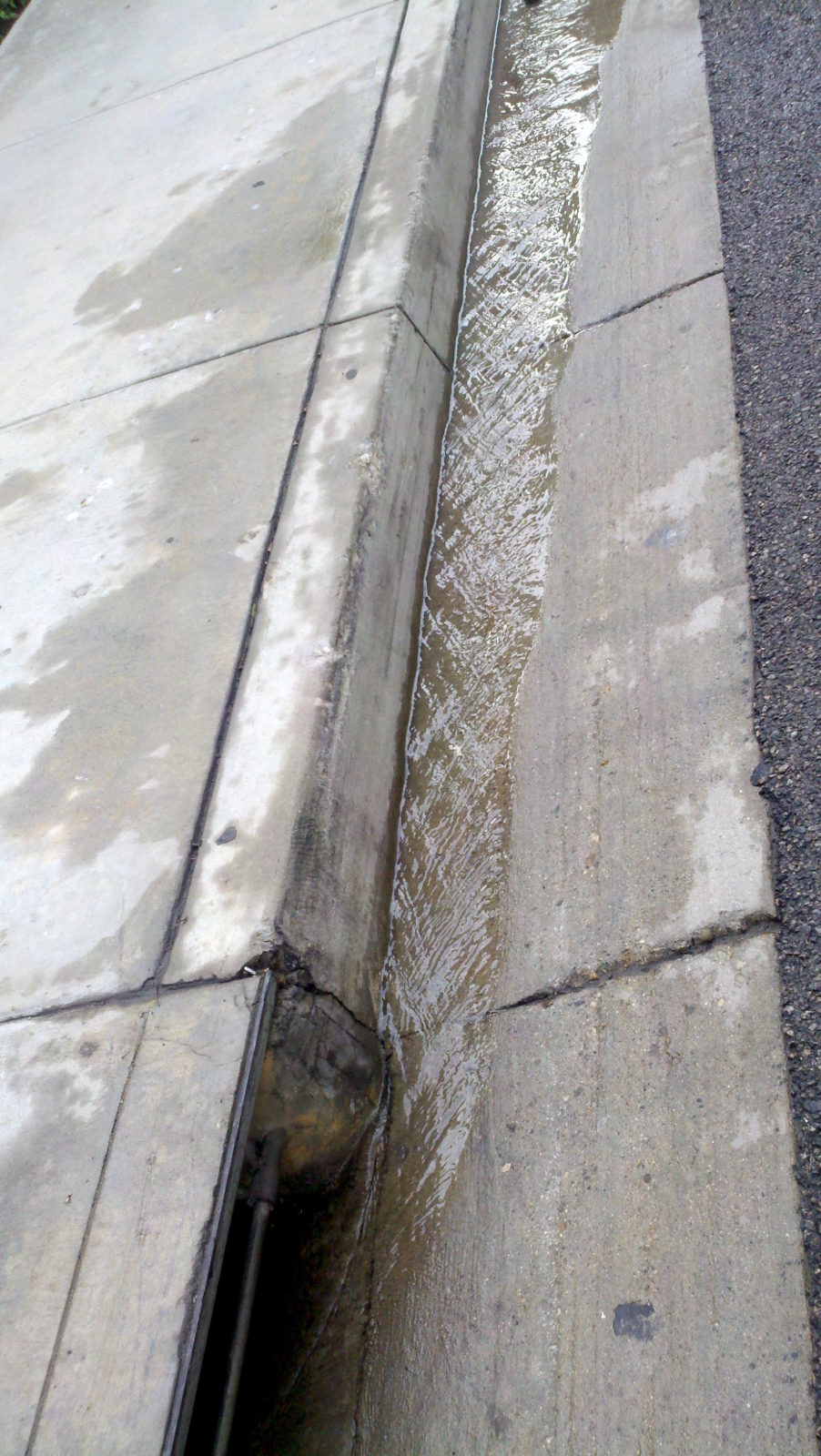 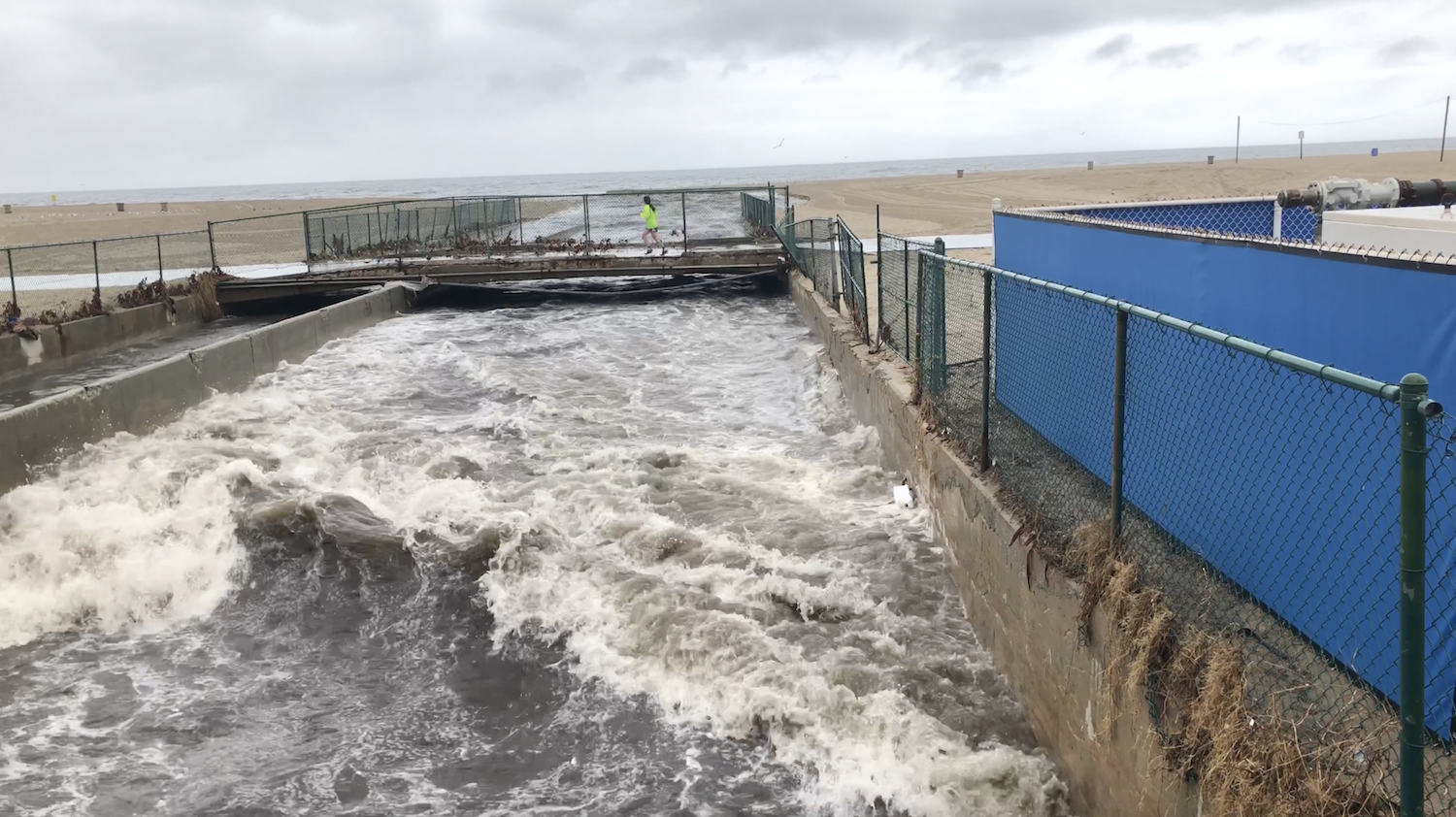 Under the Federal Clean Water Act, anyone who discharges water is required to limit the concentration of pollution in that water. This requirement is regulated under a permit to discharge water. The discharge of polluted stormwater and dry weather runoff through the storm drain system is regulated by the Los Angeles Regional Water Quality Control Board through an MS4 Permit. Cities and counties are permittees under an MS4 Permit, and are each responsible for their polluted stormwater and dry weather runoff.

The LA County MS4 Permit has been around since 1990, but in 2012 water quality had not improved much at all since then. The last update to the permit occurred in 2012, and, to our dismay, the Los Angeles Regional Water Quality Control Board unanimously voted to approve a 2012 MS4 Permit that was even worse than before – essentially setting up a scheme of self-regulation (meaning no regulation).

By no longer forcing cities that discharge millions of gallons of runoff into the storm drain system to adhere to strict numeric pollution limits, the Board took a giant step backward in protecting water quality throughout Southern California. 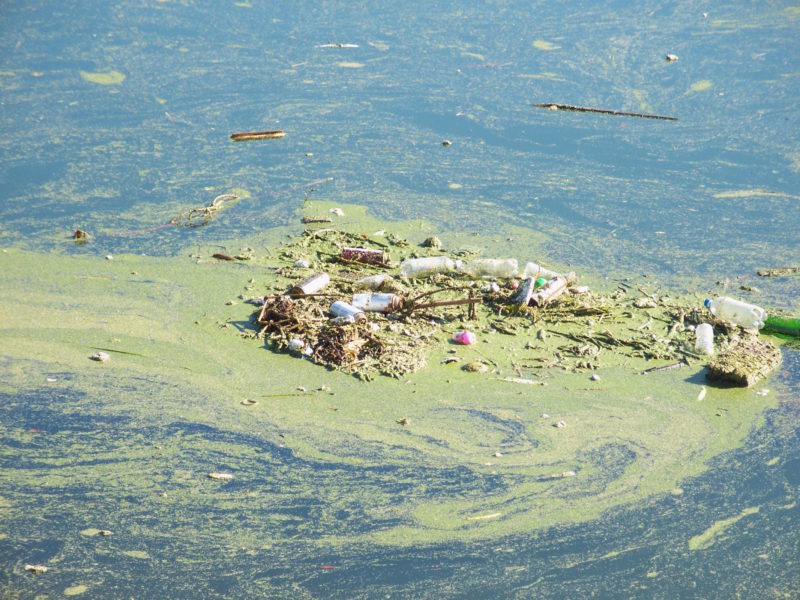 Under the 2012 rules, cities just had to submit a plan for reducing stormwater pollution (called a Watershed Management Plan) to the Board and have it approved to be in compliance, rather than having to actually demonstrate they are not exceeding specific thresholds for specific pollutants, such as copper or E. coli bacteria. These plans allow each permittee to choose the types of projects to build, and the timeline on which to build them. But these plans are adjusted each year, continuously drawing out implementation, and they do not include any clear way to determine if the permittee is making good progress.

We knew that this would slow progress even more, leaving stormwater pollution unchecked at the expense of public safety and aquatic health. Seven years later, we have the numbers to prove it.

In the next few weeks, Heal the Bay will be releasing a new report assessing the progress toward managing stormwater pollution in Los Angeles County, and how we can fix the permit when it is renewed in early 2020.

In the meantime, we encourage you to safely document photos and videos of trashed waterways and beaches, clogged storm drains, and stormwater pollution in LA County after it rains. Remember, safety first! Proceed with caution, observe all posted signs, and watch out for heavy flowing water. If you do snag a good image, please tag your location, #LArain, @healthebay and #healthebay. You can also tag relevant government officials to help raise awareness.

From Signature to Veto: California’s Environmental Bills in 2019 →